Sign Up Now For The Replay
Subscribe to our
Newsletter
►
Menu
Search
Menu
1.9k Views Comments Off on 50 Cent’s Pumped About Big Meech’s Son BMF Promo: “Everybody Want In”
Share

Fif went to Instagram Wednesday (September 28) and acknowledged Lil Meech‘s anticipation for the show to start up. 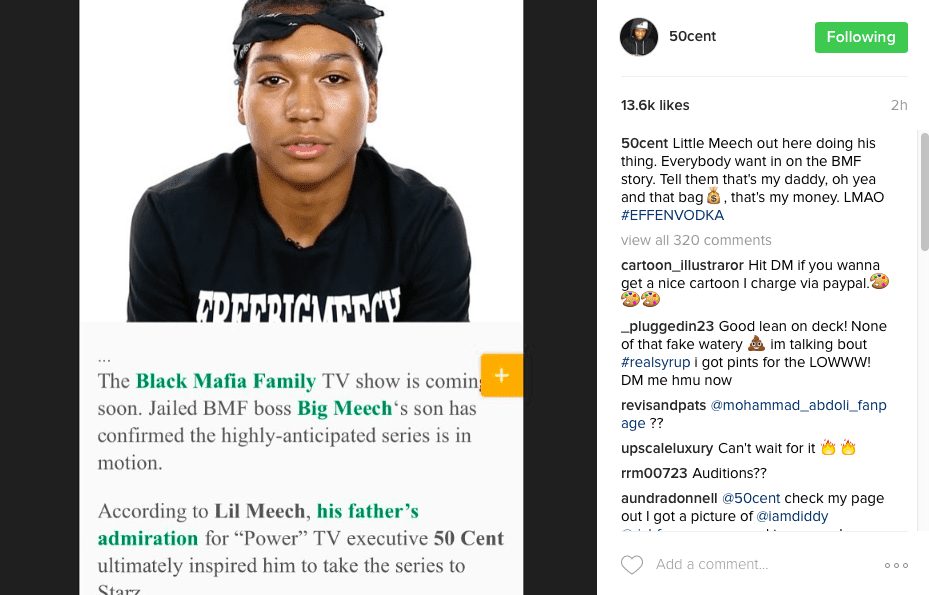 This week, Lil Meech talked about his dad rolling with Fif to bring his BMF story to the small screen.

“The show is announced, it’s being in motion right now, everything is just getting put together, the show should be starting very, very soon, everybody should be on the lookout. We haven’t shot scenes for it yet but I have an acting coach who’s helping me. … Everybody loves ‘Power.’ Everybody seen how well they’ve done ‘Power,’ so it’s a good look.” (DJ Smallz Eyez)

In August, 50 flooded his Instagram page with various BMF updates. 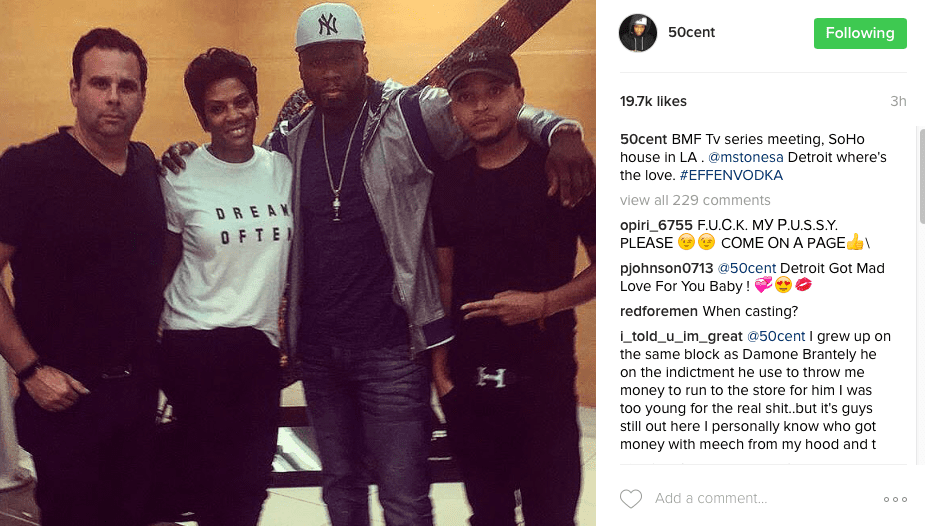 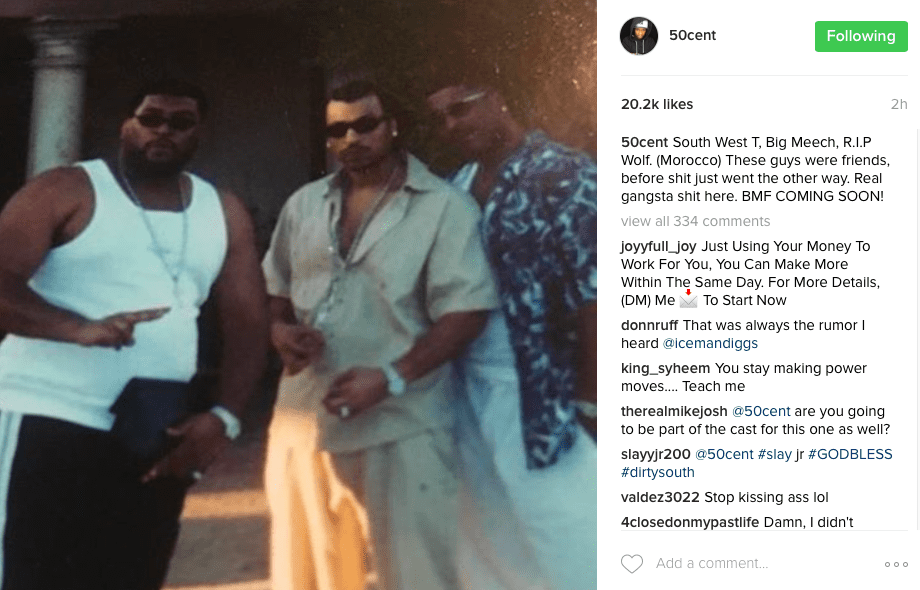 Comments Off on 50 Cent’s Pumped About Big Meech’s Son BMF Promo: “Everybody Want In”