G-Unit‘s 50 Cent is ready to see a showdown. The hip-hop heavyweight has weighed-in in the pending bout between rap rivals 21 Savage and 22 Savage. This week, 21 Savage dismissed the idea of lacing up and taking on 22.

A few days ago, 50 Cent revealed his interest in making the bout go down.

“I just got off the phone with champ. So I’m going to give you the update, alright? We got a whole card now. We only had one fight. We had Chris Brown and Soulja Boy. Now we got – we’re trying to put together 21 Savage and 22 Savage. They’re going to fight for the name and then we’re only going to have one Savage.”

Last week, 22 Savage announced his interest in getting a fight going with 21. 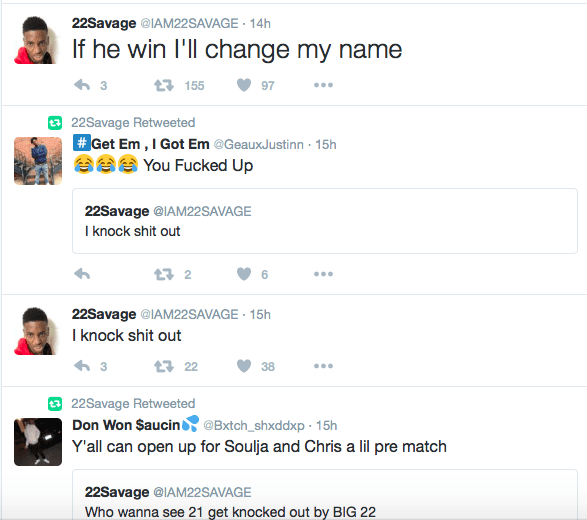 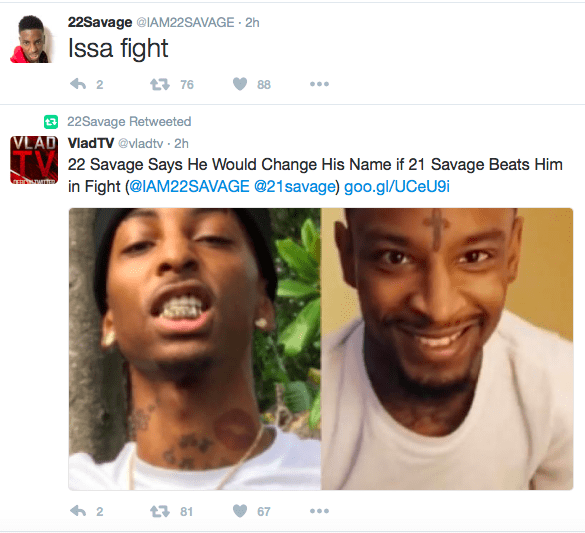 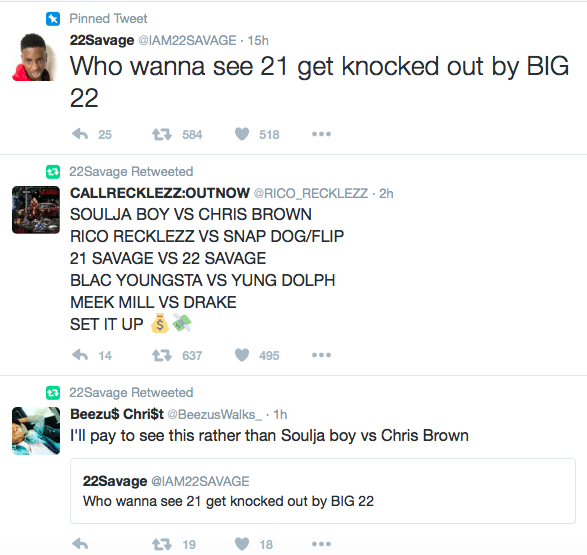