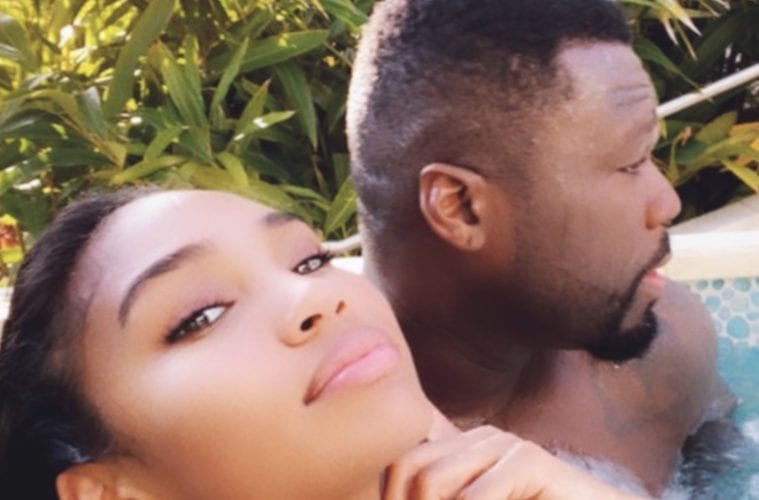 New York rapper 50 Cent is doing way too much right now. The hip-hop veteran has come forward to speak on former flame Vivica A. Fox coming at him over comments he recently made about Black women.

On Tuesday, Curtis Jackson hit up Instagram and didn’t resist in trolling his former girlfriend. Fif credited his physical attributes for ultimately making her secretly want him nearly 20 years after a publicized split.

“👀Vivica still in love with me, i dated her for 4 months 😳17 years ago and she’s still angry with me. I’m starting to feel like my 🍆is serious. LOL 😆#bransoncognac #lecheminduroi” -50 Cent’s Instagram

“They get mad, they get angry. When you see a lot of sisters saying, ‘He f*cks with this kind of girl, that kind of girl.’ That sh*t is exotic. That sh*t look a lot different than what you see in the neighborhood all the time! That sh*t look like it came off a boat. You don’t like that motherf*cker? You don’t like that? … They get mad, they get angry. ‘How did you end up with this motherf*cker'” (“Young Money Radio”)

Last weekend, Fifty lit up his Twitter feed with some must-see footage. The clip featured him rolling up on his current girlfriend Cuban Link as she relaxed in bed and couldn’t avoid 50’s trolling.

“🤦‍♂️girls do all kinda sh*t to their skin. 👀i’m like what the f*ck is that?😆 a gold mask,😟 what that do #CubanLink #bransoncognac #lecheminduroi” -50 Cent’s Twitter

In late June 2020, Fif hit up his Instagram page with some pure comedy about not wanting his girlfriend to rock a pair of expensive foot apparel. After shutting down a pair of $1,155 boots, Cuban hit up his comments section to agree with 50 Cent roasting them.

“👀ok Maison Margiela can keep these sh*t’s , TF is this the halloween aqua woman drip 💧. @_cuban_link NO 👎you know better no #bransoncognac #lecheminduroi” -50 Cent’s Instagram