G-Unit boss 50 Cent is giving you a reason to tune into “Power” tonight. The rapper-turned-TV executive boasted about his hit series upping the ante this weekend.

Fif went to Instagram Sunday (August 28) and hinted at what “Power” heads could expect from episode seven. 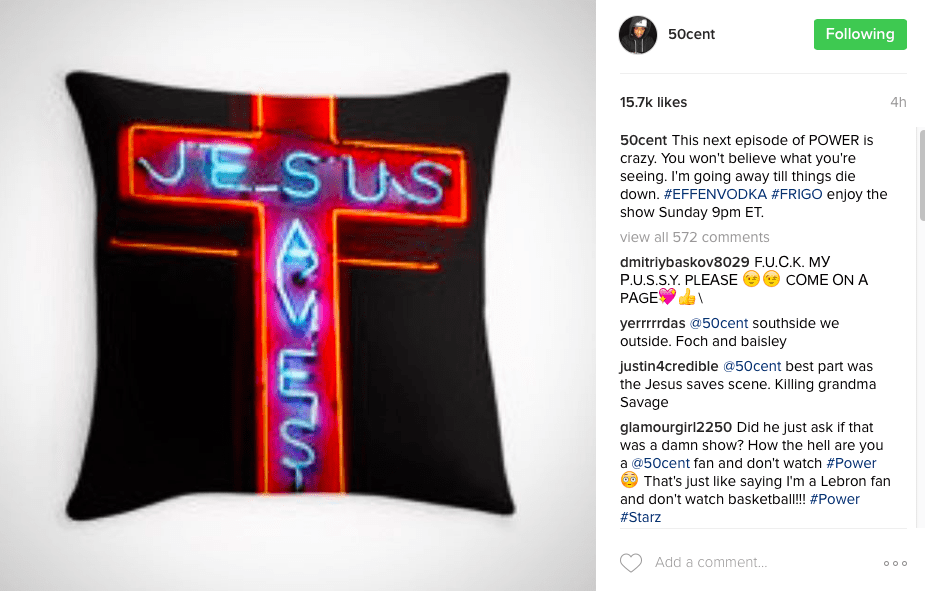 Coming off the death of Lucy Walter’s Holly character on August 14, the premium cabler’s most-watched original series snagged 2.1 million viewers in its initial showing Sunday. That’s a 17% rise from the week before and the best the Courtney Kemp-created Power has done since its Season 3 premiere on July 17. In fact, the latest episode is the second most watched episode of any Starz original ever. In the 18-49 demo, Sunday’s revenge-rich Power went up a tenth from its August 14 show to a 1.0 with 1.21 million watching. (Deadline)

Earlier this week, 50 Cent boasted about his show’s success. 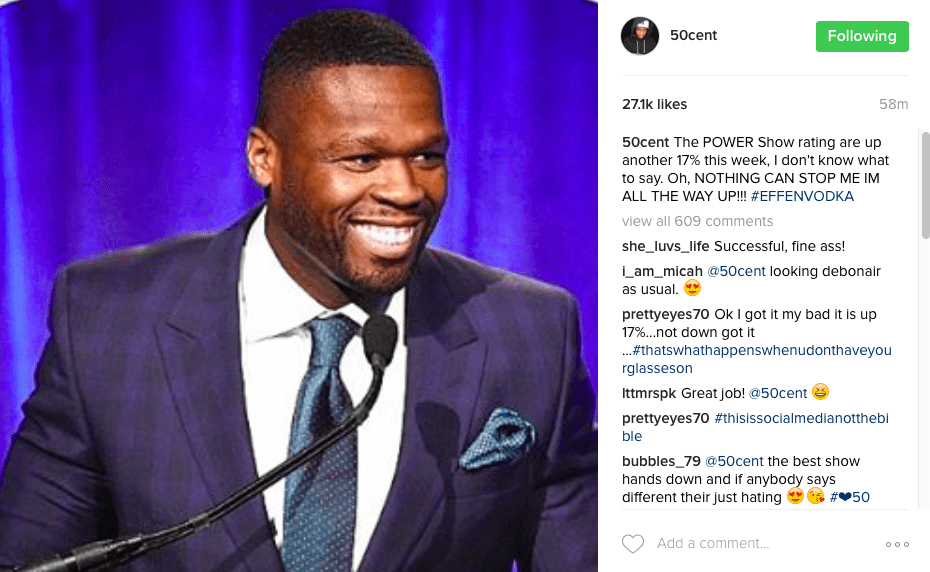 “We’ve got some die hard fans—it’s crazy,” Naughton said in an interview. “We’ve had over 6.9 million viewers across all platforms: television, DVR, the Starz app. People are watching it everywhere and every way—they’re subscribing to Starz chiefly for Power.” (Complex)