G-Unit boss 50 Cent has stepped forward to single out premium networks HBO and Cinemax on the eve of his Starz “Power” series premiere weekend.

Fif went to Instagram last night (July 14) and called out both networks for offering free previews of their channels during the same span of “Power’s” premiere. 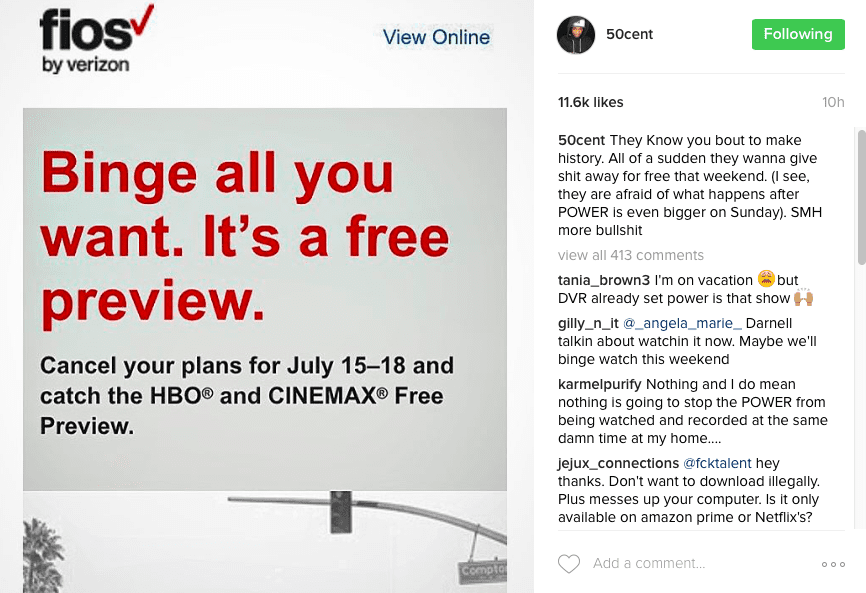 This week, 50 hinted at the possibility of his hit “Power” TV show heading to the big screen.

“The Kanan film would offer what happened before Kanan went to jail. We talked about it already. The last beat of the Kanan movie would be the night he got arrested.” (XXL Mag)

“[50 Cent] is consistently talking about doing a Power movie that is all flashback and there would be different characters playing teenage versions of Ghost, Tommy and Tasha. There is a back story showing Kanan bringing up Tommy and Ghost in the streets and seeing how Tommy had to negotiate his color living in the hood.” (New York Post)

In late May, 50 explained his decision to move “Power” to Sunday nights.