New York rapper 50 Cent is the latest hip-hop artist with two cents on Kevin Hart‘s family drama. Despite the negative attention Hart’s attracted, the “Power” star sees the bright side of the situation.

Fif went to Instagram Wednesday (September 20) and suggested Kevin will eventually flip this entire nightmare into a live comedy performance.

@kevinhart4real 🤦‍♂️is just going threw a little LA hoe trouble. I can't wait to hear how he puts it into his stand up.LOL 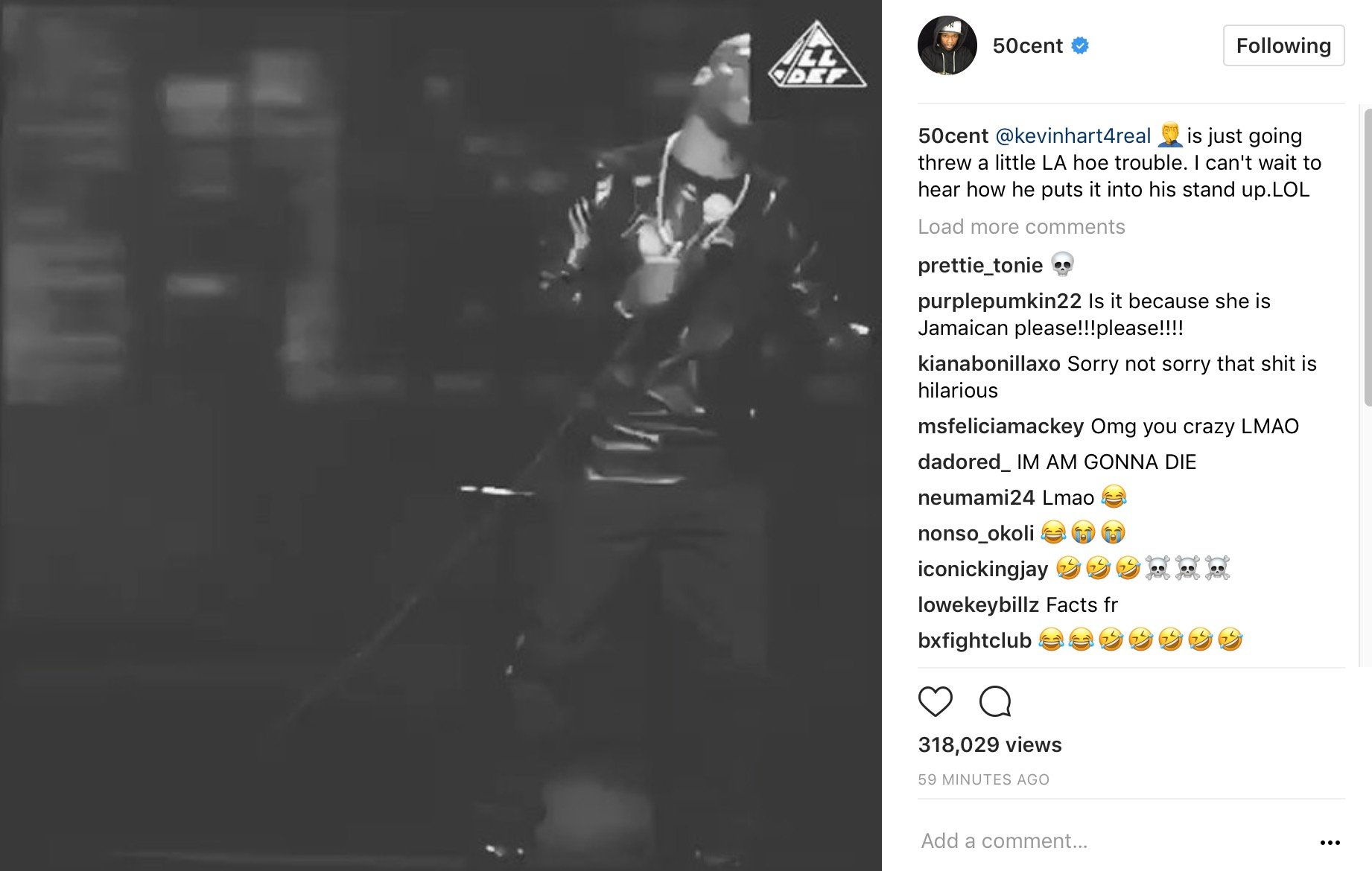 Her name is Montia Sabbag, although she sometimes spells it Montiah Sabagg. She’s 27, lives in Long Beach, CA and met Kevin during a pretty wild weekend in Vegas back in August. The first frames of the 4 minute and 47 second video are a pic of Kevin and Montia. You can’t see who’s on the bed during the most explicit portion of the tape, but after the bed scene 2 people who look like Kevin and Montia are walking around in various stages of undress. (TMZ)

Lmao my bad homie @kevinhart4real #WhoDidThisSheetYou? These beechneegas are laughing at your pain

@kevinhart4real stop right now and be a beechneega