G-Unit boss 50 Cent has stepped forward to share his thoughts on hip-hop superstar Kanye West‘s plans to make a run as president in 2020.

In a new interview, Fif considered the likelihood of Yeezy winning the presidential election.

“I don’t know [who I’m voting for]. I think it’s scary that Donald Trump’s in the lead. That idea Kanye came up with for going for president, I don’t know. He ain’t got no criminal background. He’s actually following the messaging points – I think the edge Trump has is people know that he’s not financially [in need]. He’s not going to have to owe people for supporting him during the campaign. He already won. If he didn’t intend on actually being president, what has running for president has done for Donald Trump, sure, we’ll go buy the book. I’ll have it. They’ll buy the book. Everything they would have bought from the president, from Donald Trump. It all works. If he loses in front of you, look how far [he went].” (Shade 45 StreetzIzWatchin)

Listen to 50 Cent’s full interview on the next page…

Last week, Kanye went back on a Twitter tirade with a reference to his 2020 run. 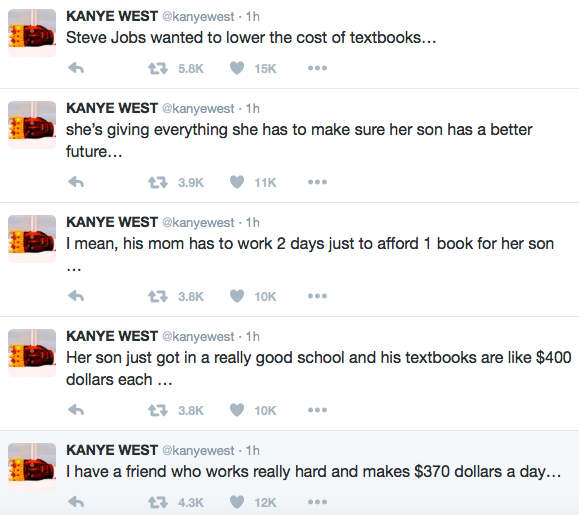 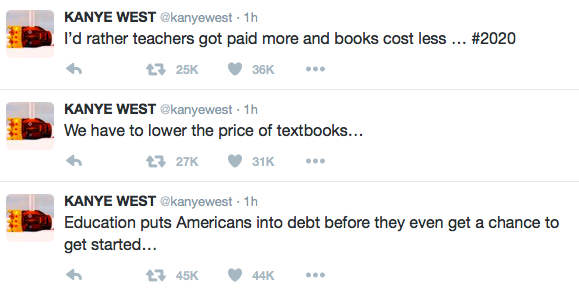 G.O.O.D. Music producer Malik Yusef recently confirmed Ye’s plans to run for the presidency in the next four years.

Asked whether Kanye West still plans on running for president in 2020, Yusef said “the last time I talked to him” he said he would. “He would run as a democrat or possibly as an independent,” Yusef said, adding “I’d run against him.” (CNN)

“There’s a lot of different facets of politics. If you want to know where I stand as far as Kanye West running for president, then I think it’s a lot more difficult than my brother understands. I would hope that he would be serious and it would be a party of ‘we’ and not a party of ‘me.’ I would hope that it would be for all of the people and not just what he’s upset about at the time.” (SOHH)