50 Cent Reveals His Grammys Pick After “Best New Artist” Snub: “He Put Some Real Hits Out This Year” 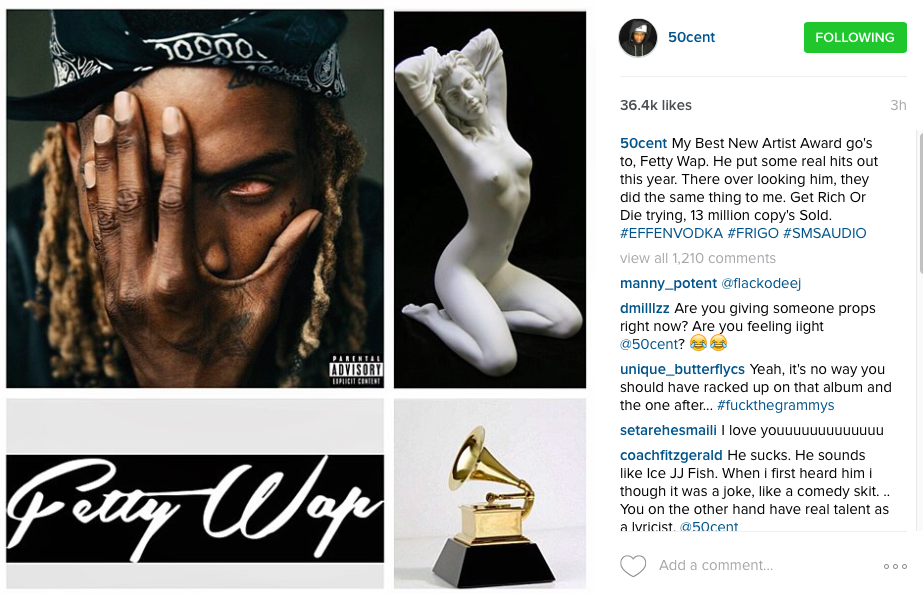 Check out the “Best New Artist” nominees on the next page…

Recently, hip-hop icon MC Lyte spoke out on her admiration for the overnight rap stud.

“[Fetty Wap] may have a very unique way of presenting his ideas, but he does love women,” Lyte said. “For what he’s up against in this climate with all of the other emcees, he’s taking a stand. He’s being pretty courageous right now with what it is he presents in his music because it’s really not the norm.” (Clutch Magazine Online)

We kind of kept it in the team — you know, all the Coke Boys and all the Zoo Gang members,” Montana adds. “I’m excited to work with Fetty — I just feel like he has this new energy, I’d never heard nobody like that,” the rapper says of his latest collaborator. “He brings a different style to the game. I always feel like when two artists come together, put their sounds together, magic comes out of it.” (Billboard)