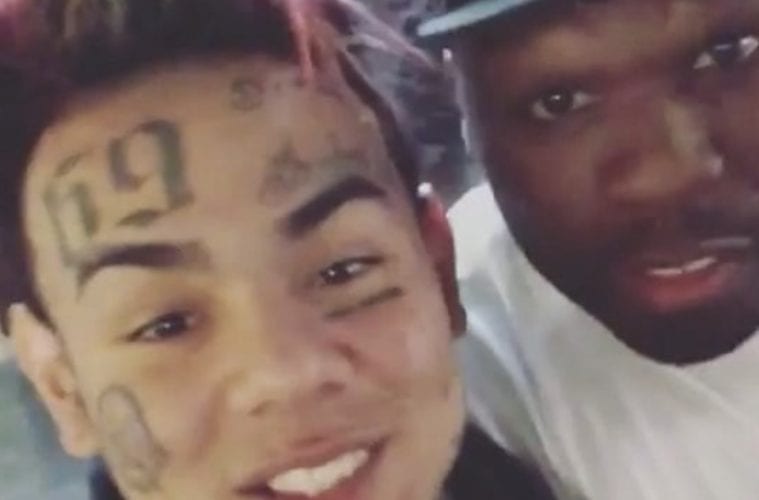 New York rapper 50 Cent is keeping his nose on the biggest headline of April. The G-Unit boss has stepped forward to react to rumors about jailed rap artist Tekashi 6ix9ine possibly getting released from prison today.

Fif went to Instagram to geek out over his “Get The Strap” collaborator possibly seeing the light of day. Curtis Jackson reacted to the rumors with a post poking fun at 6ix9ine’s pal Akademiks.

“👀😆Now associate1 ya gonna have to tell everybody how you were on tape in court on the phone coaching Mel. to super duper violate shorty but the Feds never picked you up because you are doing your job Confidential informant.”

The massive news immediately generated a ton of social media reactions. People have lit up their Twitter pages to share mixed thoughts on 6ix9ine getting out of prison.

In March 2020, Tekashi’s legal team requested he get released from prison. The request came after coronavirus started to spread across the nation at a rapid pace.