As seen on SOHH.com
1.7k Views Comments Off on 50 Cent Reacts To People Thinking He’d Body Drake In A Rap Beef: “I Give Pusha A C+”
Share

Last night, Curtis Jackson went to Twitter to share a hilarious comparison of himself and King Push.

Why are people saying this, Damn so everybody know I’m crazy🤦‍♂️ pic.twitter.com/KsWw1xGy6v

Since yesterday, 50 has continued to keep tabs on the Pusha/Drizzy rap battle. 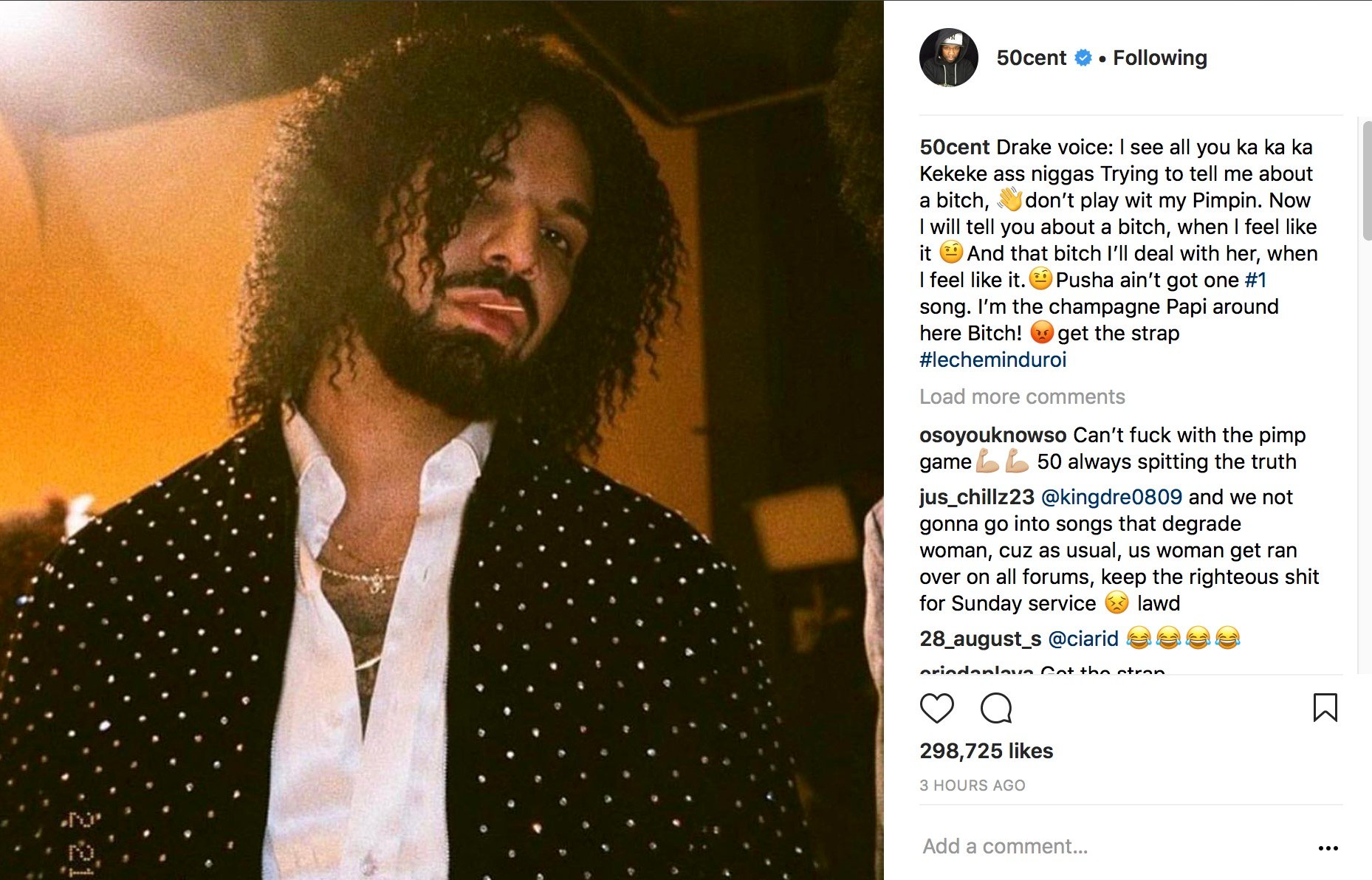 Comments Off on 50 Cent Reacts To People Thinking He’d Body Drake In A Rap Beef: “I Give Pusha A C+”