G-Unit head 50 Cent has all intentions on bringing home his protégé Kidd Kidd and provided fans with an update on the rapper’s status following a publicized arrest this week.

Fif revealed a “Free Kidd Kidd” line of tee shirts via Instagram and vowed to bail him out. 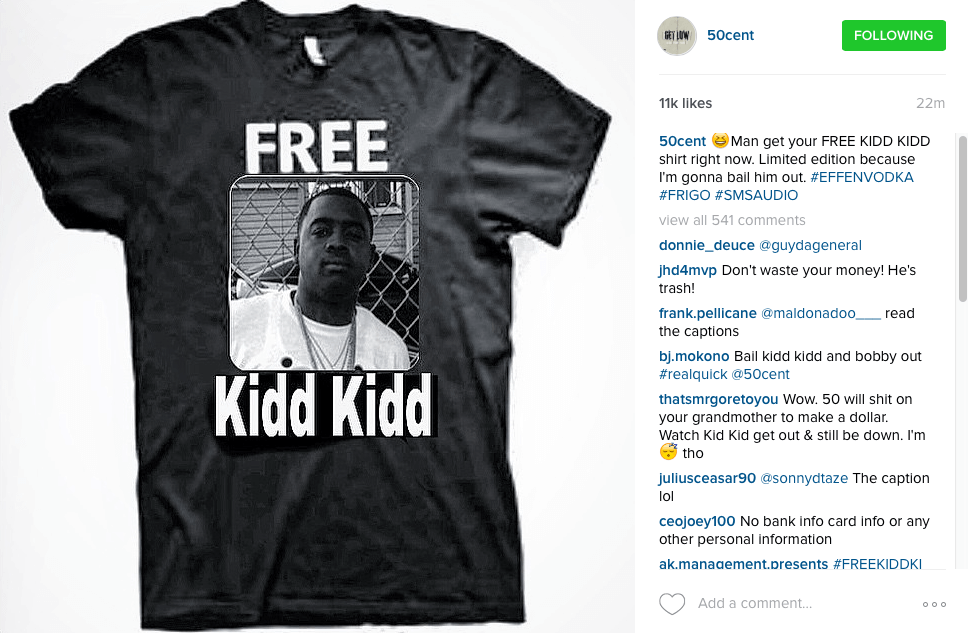 According to reports, the bust went down in the Big Apple shortly before his billed performance.

G-Unit member and 2015 XXL Freshman, Kidd Kidd was arrested tonight (June 30th) as he attempted to enter an event he was scheduled to perform at. In his absence, 50 Cent and the rest of G-Unit took the stage. This is still a developing story, but judging by the video below, the police were waiting on Kidd Kidd “at the doe!”. In these instances, that usually means a warrant was issued and it was just a matter of nabbing him, based on knowing where he was going to be. (Respect-Mag)