50 Cent Names His “Perfect” Partner, Shows He Has More “Power” Than People Think

G-Unit head 50 Cent is no longer just the “Power” guy at Starz after announcing a two-year overall deal to create new content for the premium network.

According to reports, Fif will develop shows and hold his position as a executive producer for Starz’s hit “Power” series.

Earlier this month, 50 posted a picture alongside the “Power” cast onto social media. 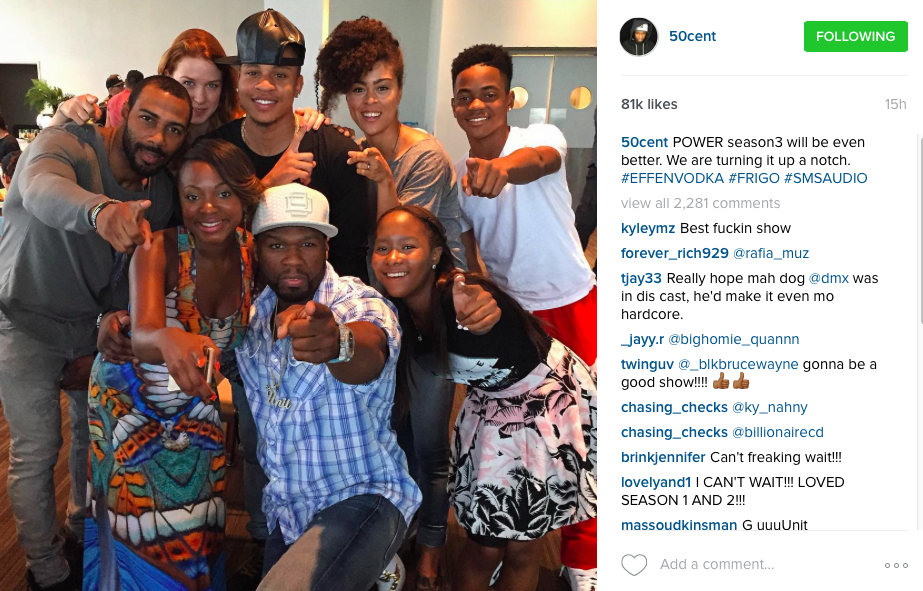 “Power” remained Starz’s most popular series after bringing in over 2 million viewers for its final show last month.

The drama, which stars Omari Hardwick as a New York City nightclub owner who doubles as a drug kingpin to an elite clientele, drew 2.39 million viewers in Nielsen’s “live plus-3” estimates, which includes both same-night viewership (1.54 million) and time-shifted playback done over the next three days (850,000). This was up 51% vs. the show’s first-season finale last year (1.59 million) and broke the network’s “live plus-3” record set the previous week when “Power” averaged 2.29 million. (Variety)