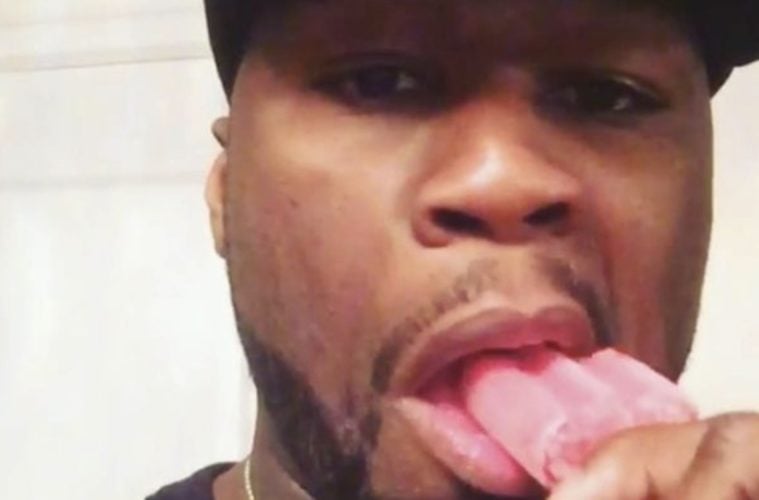 After learning former Murder Inc. singer Ashanti only sold 24 tickets to a concert at Stony Brook University, G-Unit boss 50 Cent took to Instagram to troll her. In a now-deleted post, he wrote she should “do Basement parties then it can still feel like it’s lit”.

The caption accompanied a picture of Ashanti and ex-Murder Inc. artist Ja Rule, who 50 has had a beef with for years. Ashanti has responded by saying the “In Da Club” rapper is “definitely” a bully, but furthered it with a joke that “Officer Curtis better cut it out.” These problems have been going on for over a decade, so here are 5 Things You (Probably) Didn’t Know About 50 Cent Vs. Ashanti.

1. 50 Cent has once again gone after her former label mate Ja Rule.

In another deleted Instagram post, the rapper whose real name is Curtis Jackson revealed the purchase of 200 front row tickets to an upcoming Ja Rule concert in Texas. Jackson also mocked the $15 ticket price, and expressed his desire to make sure the seats stayed empty. Ja Rule has responded, and tweeted “I get under @50cent skin… I love it!!!” while also posting several photoshopped pictures of 50 on Instagram.

It began with song “Life’s On The Line” way back in 1999, when 50 blatantly dissed both Ja Rule and his record label. The beef has lasted ever since, and has had some interesting moments that include a fight between the two rappers and plenty of other diss tracks from both sides. Whether or not it will eventually stop is unknown at this point!

3. The rest of G-Unit joined in soon after.

50 Cent’s G-Unit picked up the battle against Murder Inc. just several years later, when Lloyd Banks dropped “What Goes Around”. Released in 2003, Banks and 50 Cent went in on their enemies, closing the track with a dare to “say something back”. Following this, members from both parties joined in on the infamous hip-hop battle.

4. Ashanti considers 50 Cent as a reason for the decline of Murder Inc.

During a 2015 interview, Ashanti revealed what she thought were the reasons behind Murder Inc.’s decline as a record label. The first was the federal indictment and raids against the company for money laundering, drug trafficking and gang activities. The second was the repeated attacks from 50 Cent on the label, considering how much he had blown up within the industry.

5. For a while, their beef had been squashed.

When news of a truce between 50’s G-Unit and Murder Inc. came out, many within the hip-hop game were shocked. Jackson and rapper Lloyd combined on a track titled “Let’s Get It In”, serving as a bond between the two rival sides. It was featured on Lloyd’s first album released after his separation and during the decline of Murder Inc., titled King of Hearts under Zone-4/Interscope Records. The beef was reignited just several years later though, and is obviously alive and active in 2018.