G-Unit boss 50 Cent is getting the last laugh after a celebrity hacker received a five-year jail sentence for leaking out nude pictures and his “Power” script.

Fif went to Instagram Thursday (December 15) with his reaction. 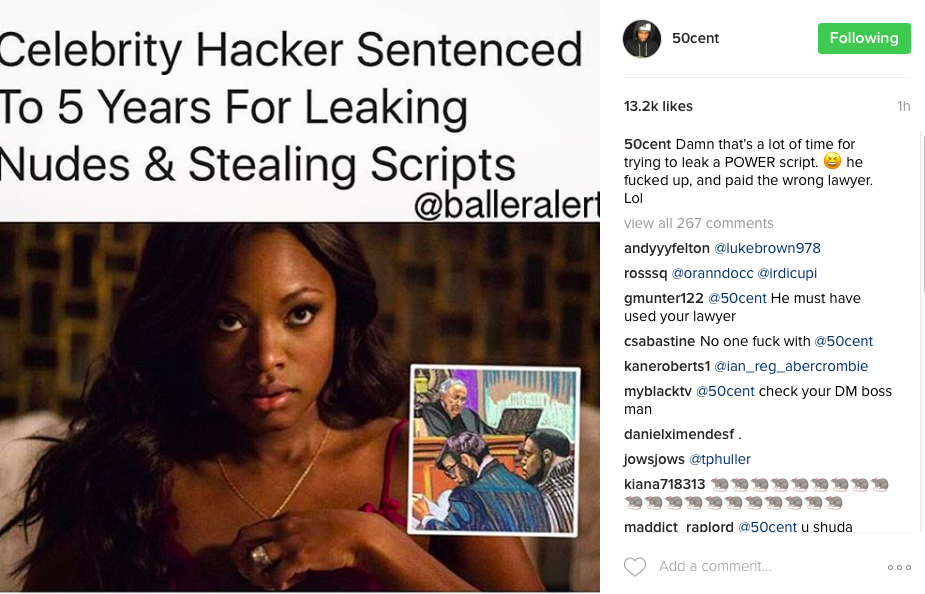 The sentence was roughly double the number of years suggested under federal sentencing guidelines. The man, Alonzo Knowles, 24, had used his illicit access to the celebrity accounts to obtain unreleased movie and television scripts and personal information, which he then tried to sell for thousands of dollars, prosecutors said. Mr. Knowles had also stolen unreleased music, financial documents, and nude and intimate images and videos, the government said. (NY Times)