G-Unit‘s 50 Cent is showing no chill on former hip-hop executive James “Jimmy Henchman” Rosemond. The rap heavyweight has once again relied on Instagram to troll the jailed music biz rival.

A screenshot has surfaced of Fif trying to expose Henchman has a former informant. 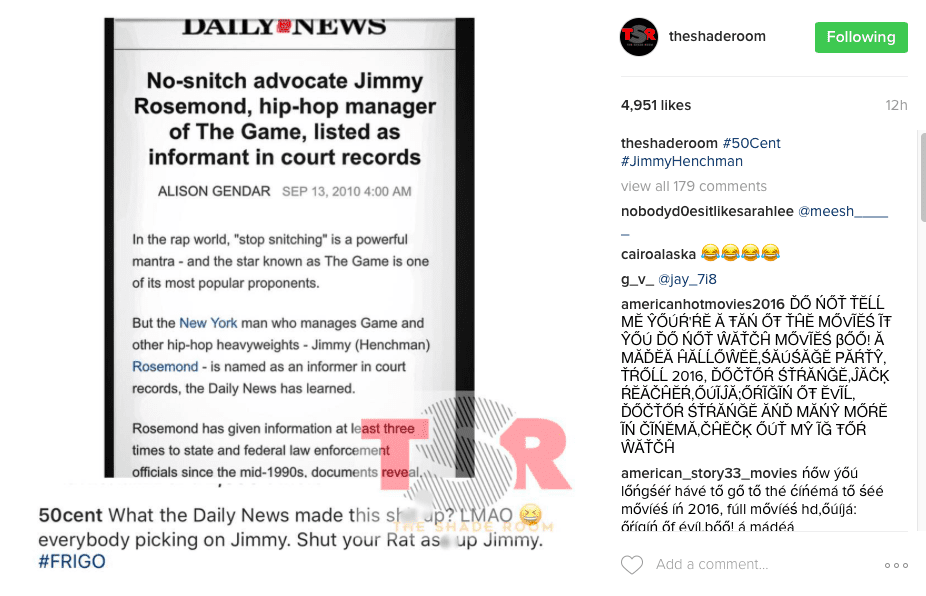 Earlier this week, Fif went to IG and trolled Henchman about heading back to court in a Unit-related murder trial. 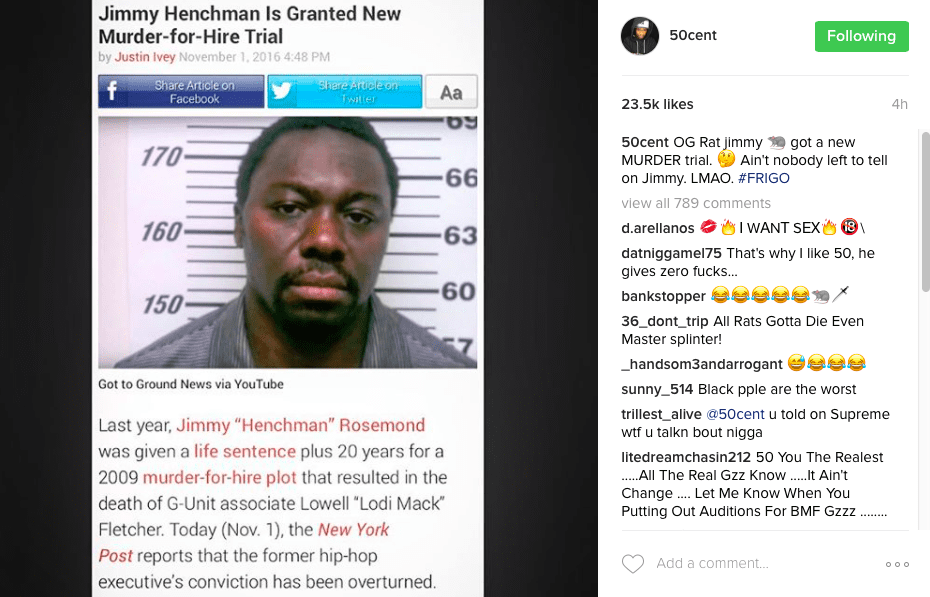 This week, reports emerged about a 2nd U.S. Circuit Court of Appeals in Manhattan granting Henchman a new trial over errors in a 2014 trial.