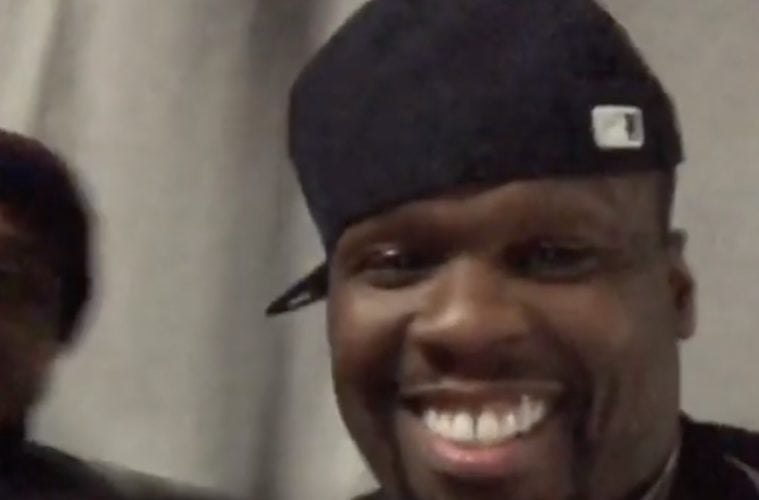 New York rapper 50 Cent is showing some tough love to his longtime pal. The G-Unit boss has clowned Floyd Mayweather Jr. over allegedly dropping nearly $20 million on a diamond watch.

Fif went to Instagram Wednesday (June 27) and didn’t hold back on getting at Floyd’s lavish lifestyle.

According to reports, Mayweather dropped a solid $18 million on his Jacob and Co. watch.

The jaw-dropping watch, designed by Jacob and Co., cost the former boxing champ $18 million—no, not billion—and is made of 18-carat white gold, 260 carats of emerald-cut diamonds and individual stones up to three carats. “This my new timepiece, it’s called ‘The Billionaire Watch,” Mayweather informed his Instagram followers. “If you don’t know about it, google Billionaire Watch. That’s $18 million on the price tag.” (Page Six)

This my new timepiece, it's called "The Billionaire Watch". If you don't know about it, google Billionaire Watch. That's $18 Million on the price tag. I bought this watch from the best jeweler in the world, hands down @tadashi1980. He has better prices than any other jeweler that I’ve ever done business with ever and trust me, I’ve bought jewelry from every jeweler in NYC, Vegas, LA, Detroit, Houston and Miami. From here on out I’m only buying from @tadashi1980 fire your jeweler and hire @tadashi1980 Follow his page now.

Last month, 50 Cent called out Floyd for linking up with his music foe Teairra Mari for an event.

Some body please tell me why Floyd would be doing this right now? 👀l don’t understand this one. 🤨get the strap