1.3k Views Comments Off on 50 Cent Gets At Starz Over Last Night’s Episode: “I’m Taking My Talents To South Beach F**k This”
Share

New York rapper 50 Cent is feeling a certain type of way following last night’s “Power” episode. The hip-hop heavyweight has come forward to speak out on his show’s network.

Fif went to Instagram Monday (July 31) with some direct words toward Starz. 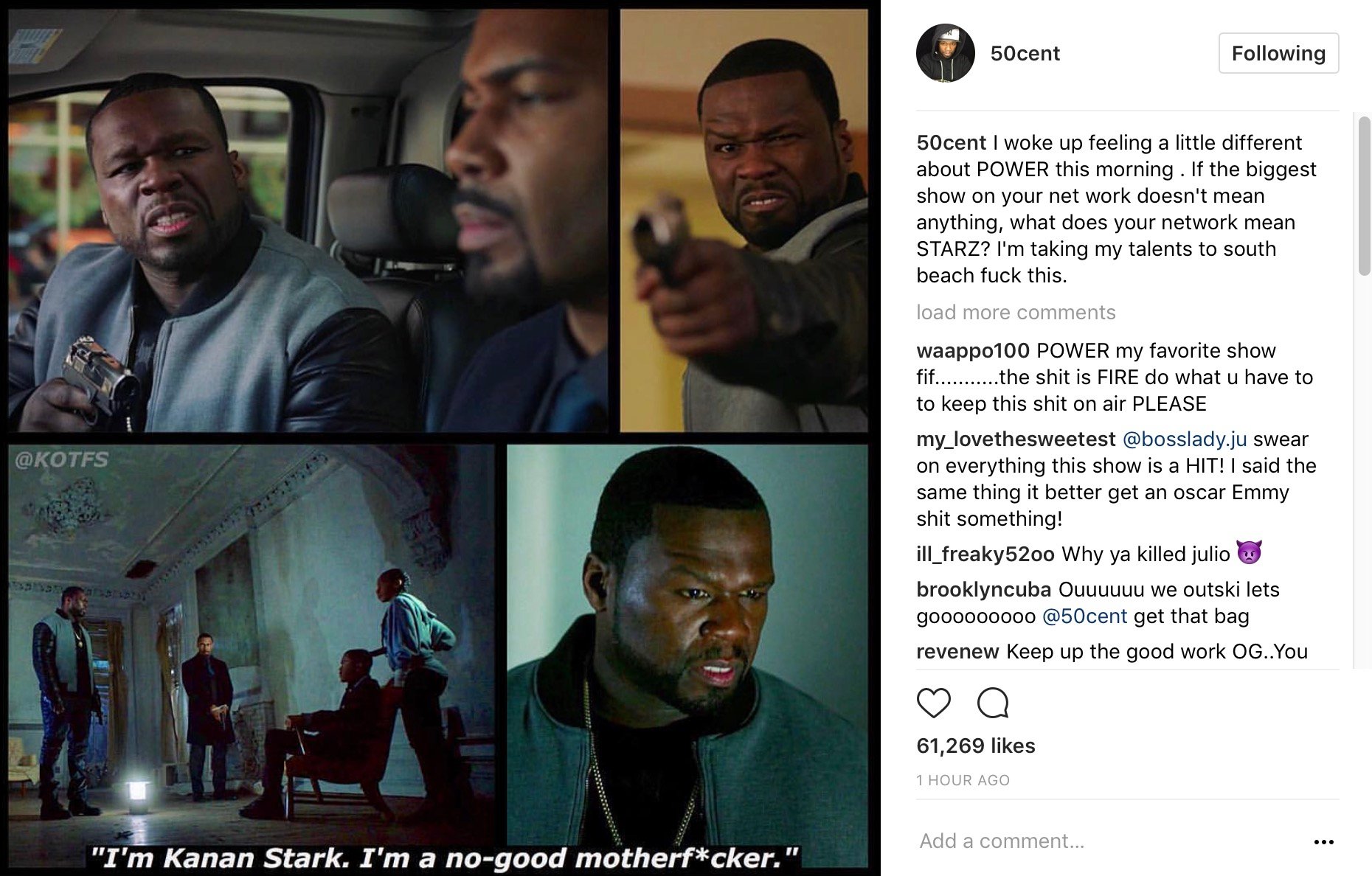 “We only have 10 episodes, so we’re often in a situation where we have to pack in a lot of story because we want to get certain places by the end of the season. In the case of episode six, it was originally conceived of as a Tommy only episode. We were going to do two separate episodes: One was going to be Ghost, Kanan, Tariq, Jukebox, and the kidnapping; and one was going to be just Tommy on his journey to Chicago and what happens there. Unfortunately, Starz would not give us the extra episode. I asked them for 12 episodes for season 4 and they would not do it. So because they would not do it, we had to make it one episode. That’s the real answer. The upshot was that we had to lose some story lines and some story.” (EW)

Courtney also talked about what fans could expect from this season’s final 4 shows.

“The show takes some very unexpected turns. There are some stories and certain deaths that we have laid in that people have been asking for and anticipating, but the way that everything happens is going to be not exactly what you expected. We really believe in fearless storytelling and so there’s going to be a lot of people with big reactions. The final two episodes are probably the best penultimate and finale we’ve done. We really ratcheted up the storytelling to a 15. At the end of The Italian Job, Seth Green’s character says he wants speakers so big they’ll blow a girl’s clothes off. It’s like that. [Laughs] It’s going to be that intense of an ending. I really like people to feel it.” (EW) Comments Off on 50 Cent Gets At Starz Over Last Night’s Episode: “I’m Taking My Talents To South Beach F**k This”