50 Cent Gets Explosive On Over Leaking POWER Episodes: “F*ck Starz Let’s Get Rid Of Their A**”

New York rapper 50 Cent has turned into public enemy number one and a pirate hero at the same damn time. Social media is flooding his Instagram page with mixed reactions to him allegedly leaking “Power” season four to the masses.

Fif’s latest IG post features a handful of people praising him for putting the rest of “Power” out illegally and others blasting Starz. 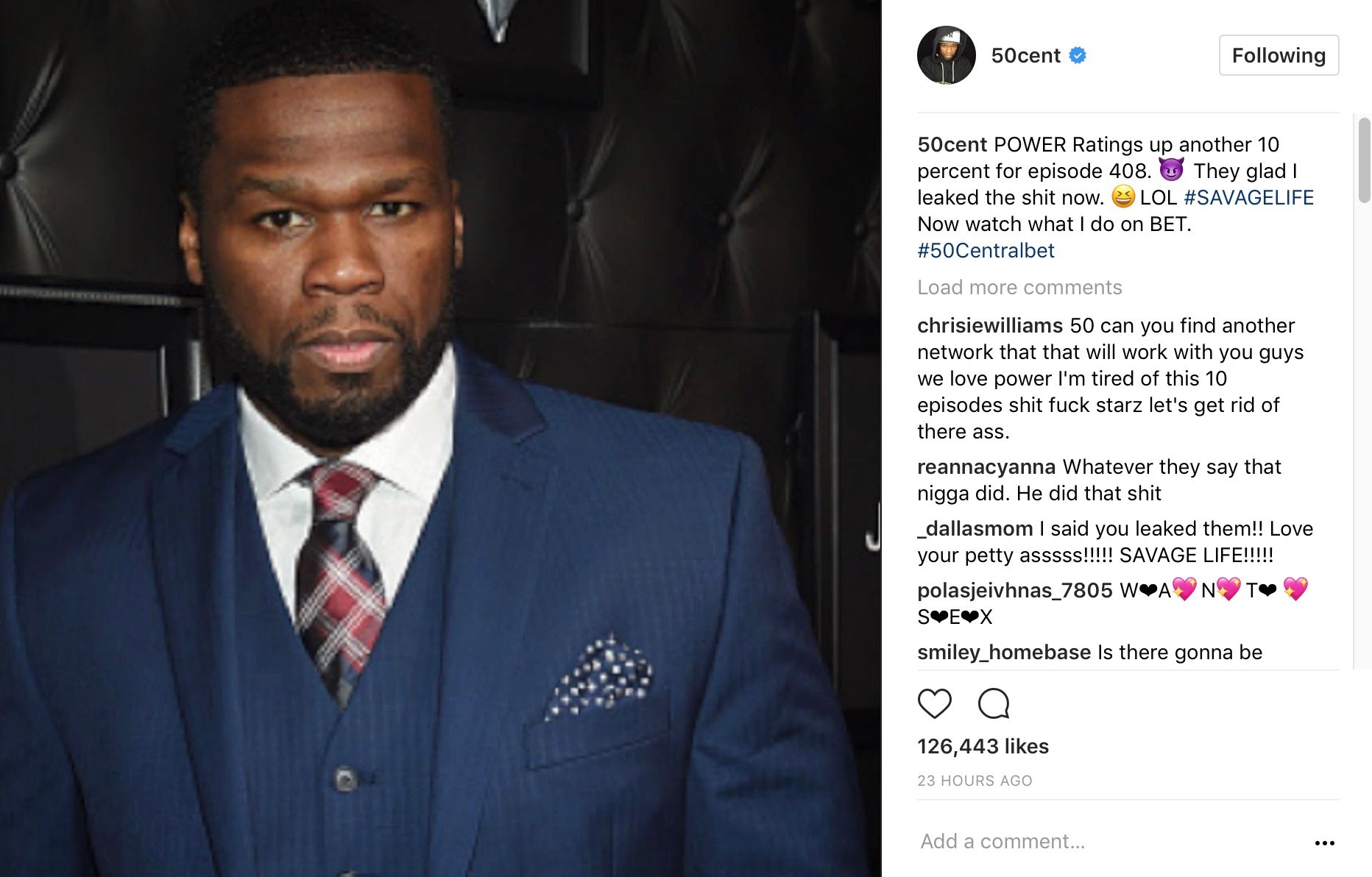 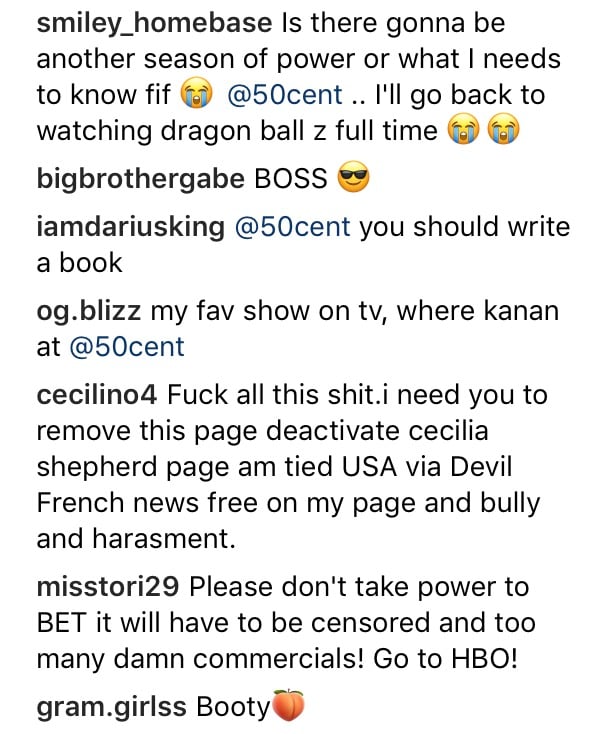 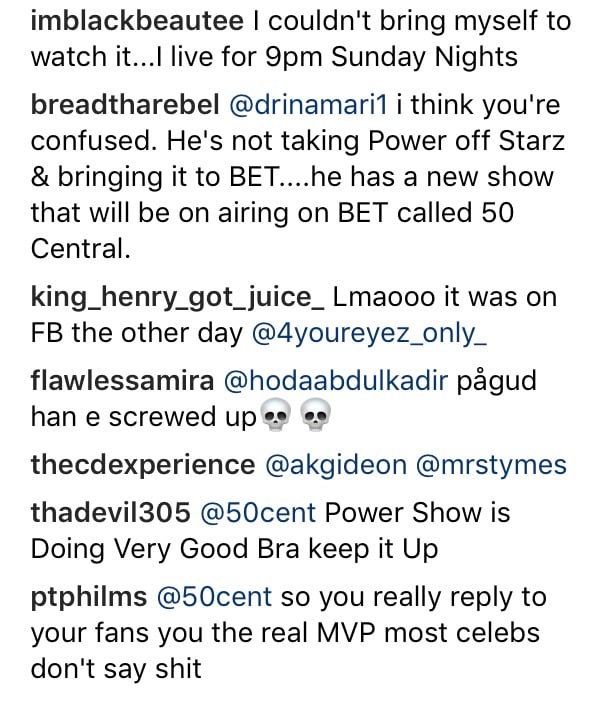 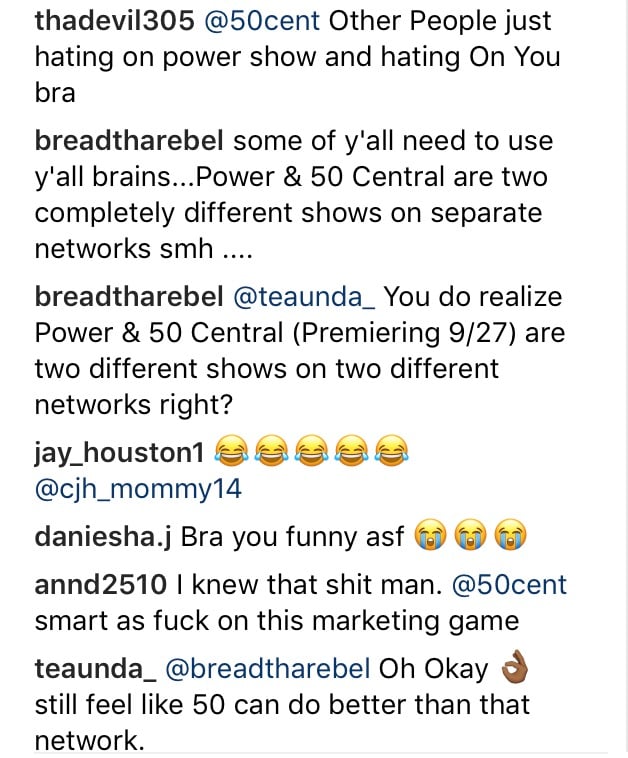 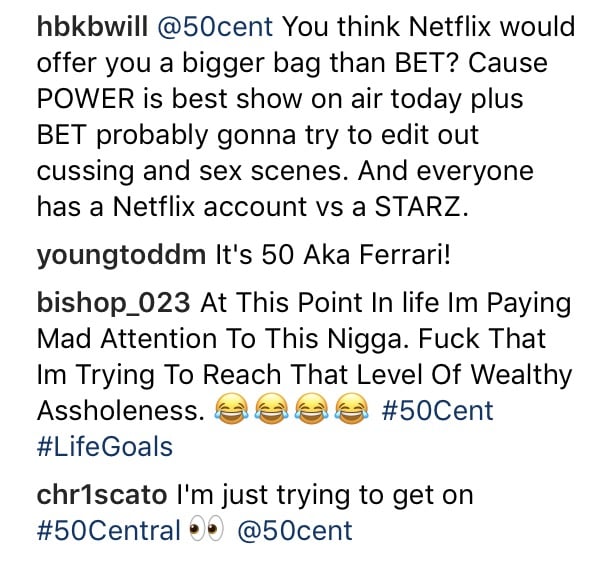 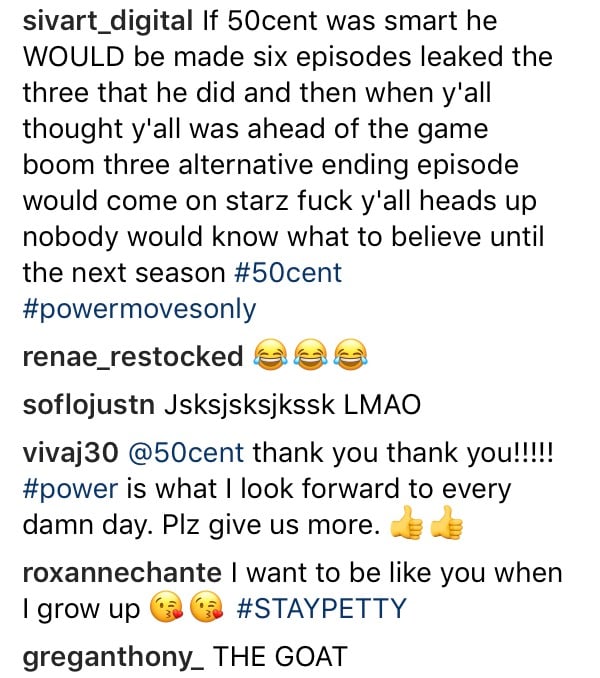 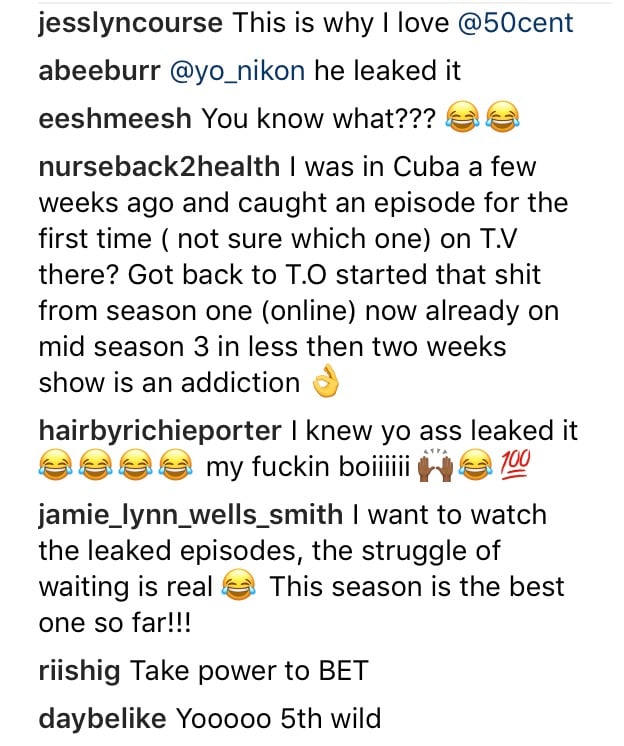 Earlier in the day, a screenshot surfaced of 50 responding to people reacting to his leak. 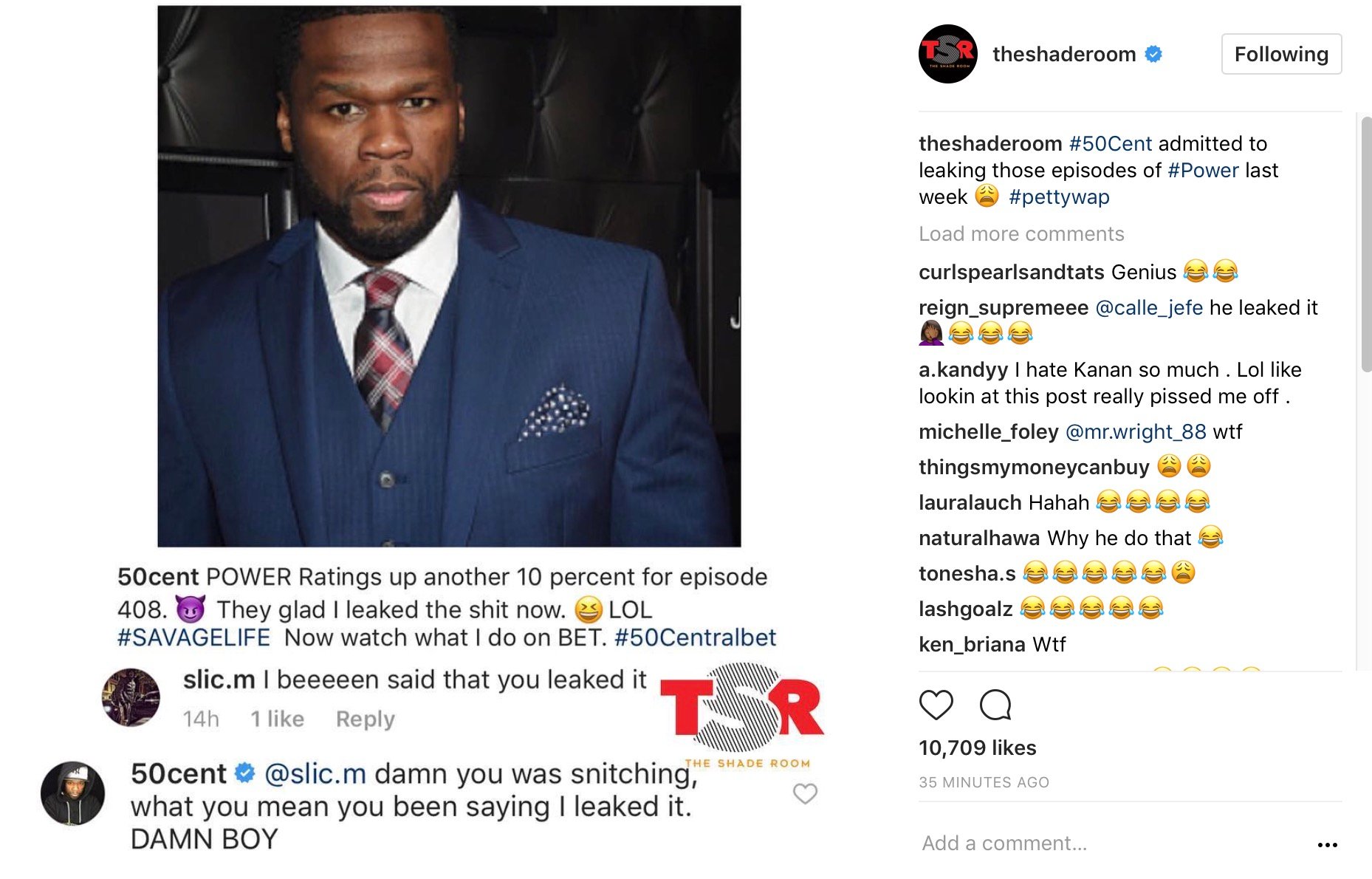 Yesterday, 50 revealed his series’ bump in ratings and took credit for its leak. 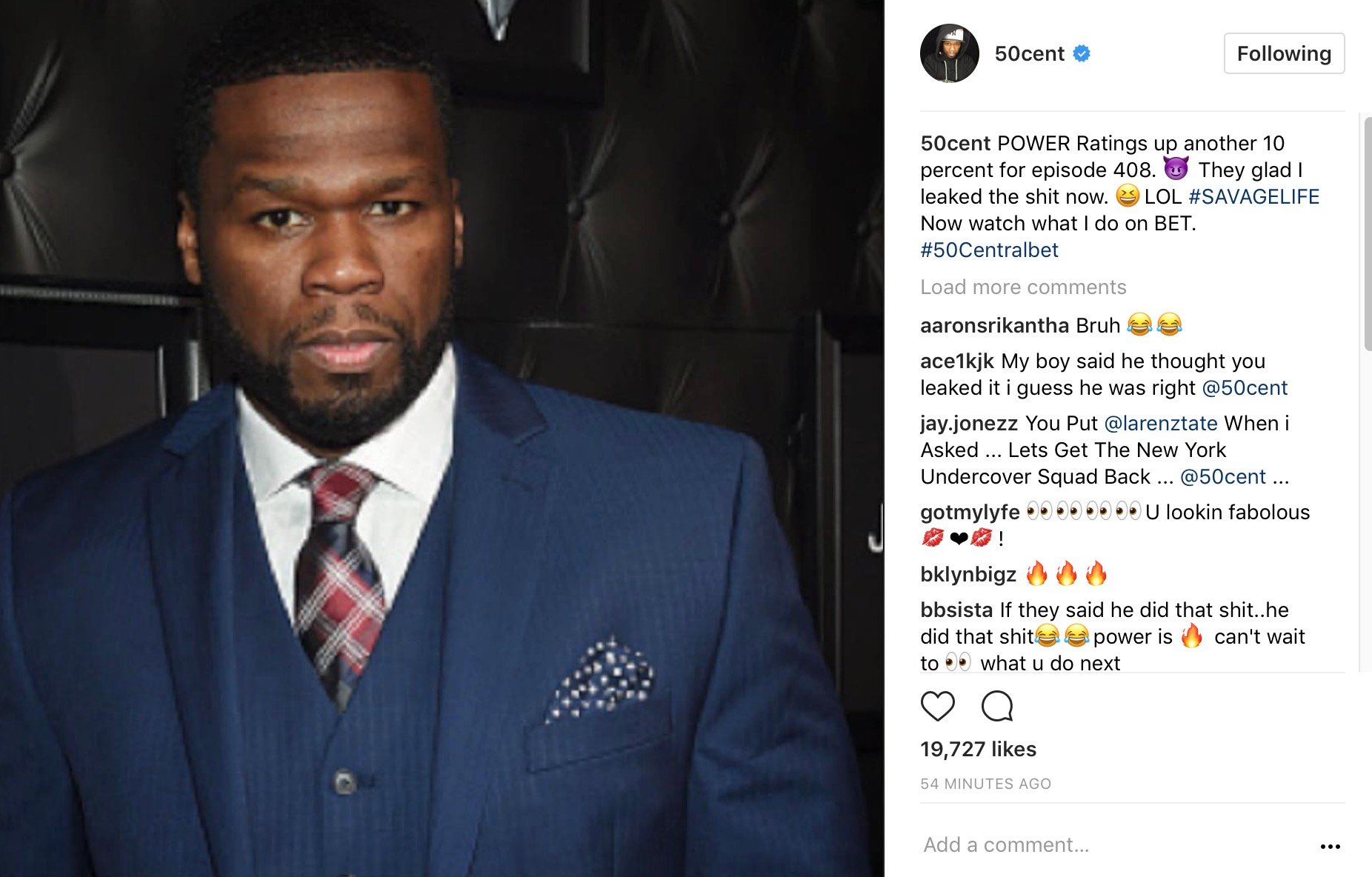 I keep telling yall its the best show on TV. Dont yap at me about other shows on you think can compete lol. Idc about dat shit right now the mold is dead 😂😂😂 and Tommy is my favorite character on the show straight up and up 😆😆😆⏫⬆️👆🏾 Tommy & Ghost 👻 are easily batman & robin of them NY streets lol. I be so thirsty to see the episodes im making up next weeks episode in my head lmfao! I think dre fucked up taking the position he has taken being thirsty smh. POWER!!! I dont wanna hear bout no game of thrones or none of dat shit hahahaha!! The emmy or oscar goes to Power!! The actors,directors and producers. Peace ✌🏾 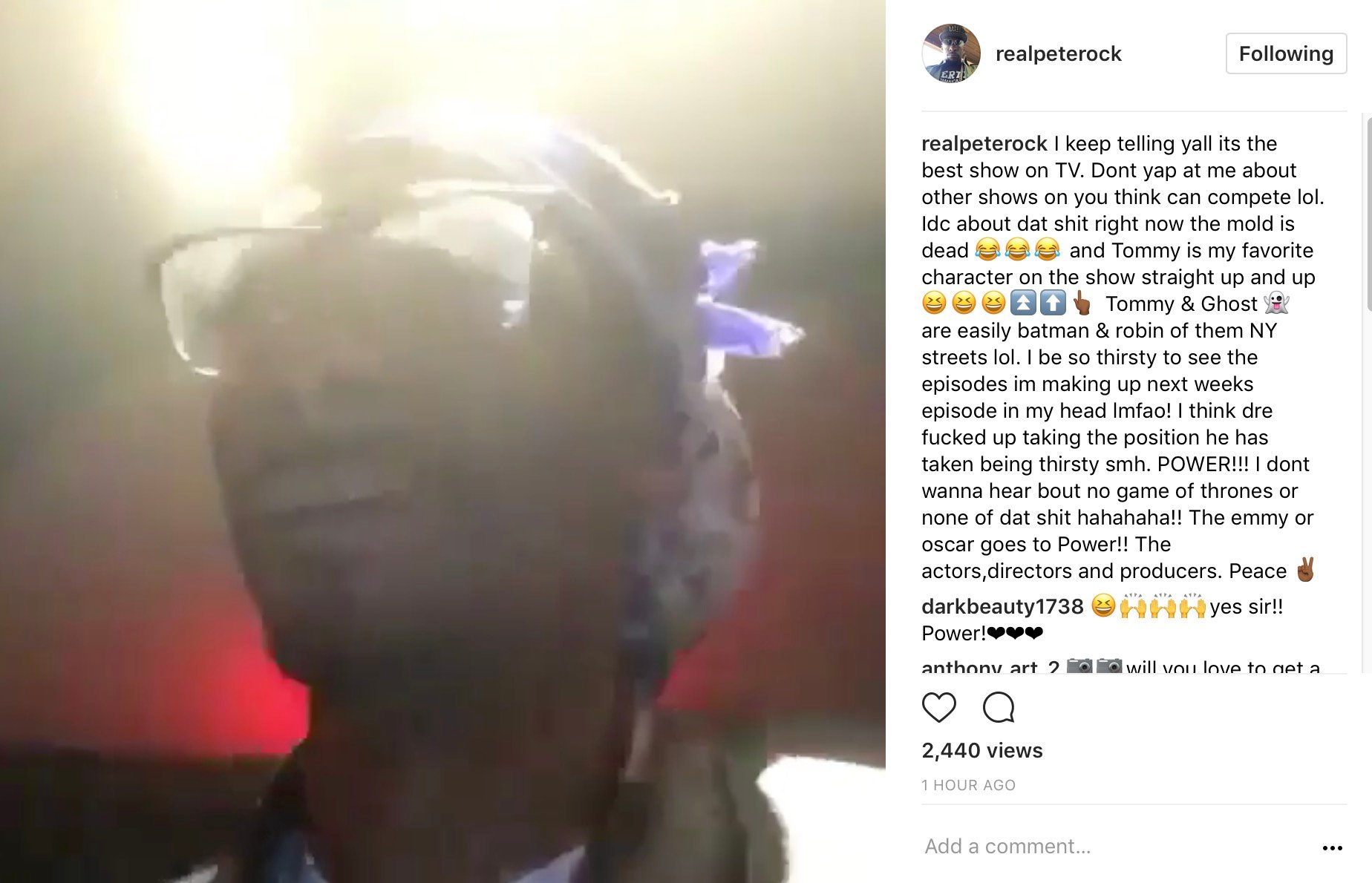 I WAS THIS CLOSE TO HOLDING HER HOSTAGE.CAUSE SHE AINT WANNA GIVE UP ANY INFORMATION ABOUT POWER @50cent 😩NIGGAS BE ABOUT TO CATCH REAL LIFE FELONIES TO KNOW WHATS GOING ON WITH POWER 😂 🎥BY: @fallapartmike_2x