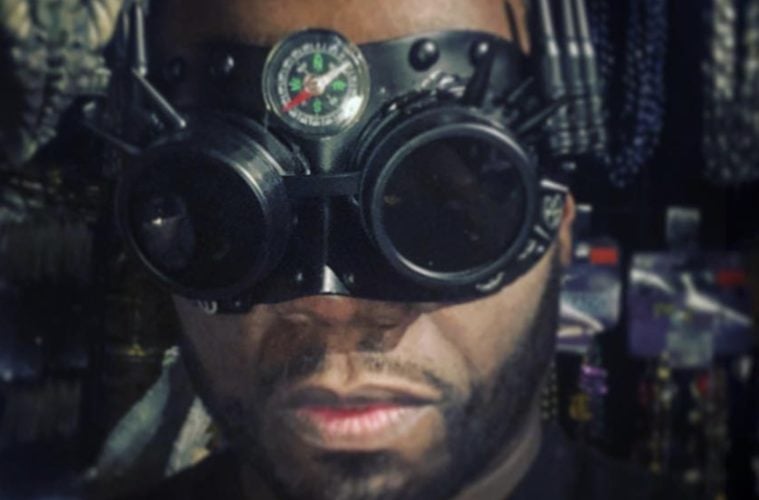 Working Wednesday. We’re putting in that work-work today SOHH why not get things going with 50 Cent flipping the switch on Hot 97? Speaking of switching things up, how about “Saturday Night Live” star Pete Davidson covering up his Ariana Grande-inspired tattoo? On a slightly random note, have JAY-Z and Beyoncé completely cut off KimYe? All this coming up in SOHH Whatcha Think.

Is 50 Cent trolling or is he really done messing with Hot 97? Turns out an issue with Hot 97 radio personality Ebro Darden has him showing full support to crosstown rival station Power 105.1? 50 Cent’s Twitter is on it:

Ebro is a sucker l never threw a chair, and l never snatched a chain in my life. Maybe Kanan but not me. pic.twitter.com/jygqkXLfXz

Yes l caught a chair that was thrown at me from the crowd.

I️m taking my talents and sponsorship money over to POWER 105.1 🤨fuck you Ebro, get the strap pic.twitter.com/6VIz0vDMw5

Here it is proof l never threw a chair in the crowd, LOL pic.twitter.com/pBWTuCwezU

Is 50 Cent going too hard? Do you think this is real? Could this all be a super PR stunt? #SOHHWhatchaThink?

Is there trouble in paradise for Pete Davidson and Ariana Grande? The engaged couple have really stayed out of the public spotlight notably once Grande’s ex-boyfriend Mac Miller died in California from a reported overdose. But now the Internet has spotted Davidson donning a covered up Grande-inspired tat on his neck. Page Six is on it:

pete davidson covered his dangerous woman tattoo, a tweet announcing the breakup with the notes app is coming ! pic.twitter.com/yCAG888Oia

Pete Davidson has done away with his “Dangerous Woman”-inspired neck tattoo. What once was Ariana Grande‘s famous bunny ears and mask combination is now a large heart with a small “A” next to it, but a source close to the couple told Page Six that this isn’t cause for concern about their relationship status. Our source told us that the “Saturday Night Live” star had it transformed to match a tattoo Grande had inked on her body. It’s unclear where Grande’s giant heart is located. (Page Six)

Could this be for a movie role? Think they’re done-done? Should fans start panicking? #SOHHWhatchaThink?

Have JAY-Z and Beyoncé really cut off KimYe? The latest rumor is the couple aren’t messing with Kanye West and Kim Kardashian – at all. RadarOnline is on it:

RadarOnline.com has exclusively learned the superstar singer, 37, and her rap mogul hubby Jay Z, 48 — who are longtime backers of Hillary Clinton, Barack Obama and the Democratic party — are “sick” of Donald Trump-supporter West’s political “bull***t.” “They are outraged over Kanye’s recent political rants,” a source close to the “Irreplaceable” singer said. (AOL)

Can you believe this? Does this mean there is no JAY collabo coming anytime soon? Should KimYe address this rumor? #SOHHWhatchaThink?