After suffering a few setbacks, G-Unit boss 50 Cent has treated fans to his highly-anticipated The Kanan Tape mixtape this week.

THE KANAN TAPE get it now HEAT boy 🔥 https://t.co/GVMMe9bQrV pic.twitter.com/O8hprJxPwF

Listen to the new mixtape on the next page…

In late November, Fif apologized to fans for not putting out the mixtape on its previously scheduled drop date. 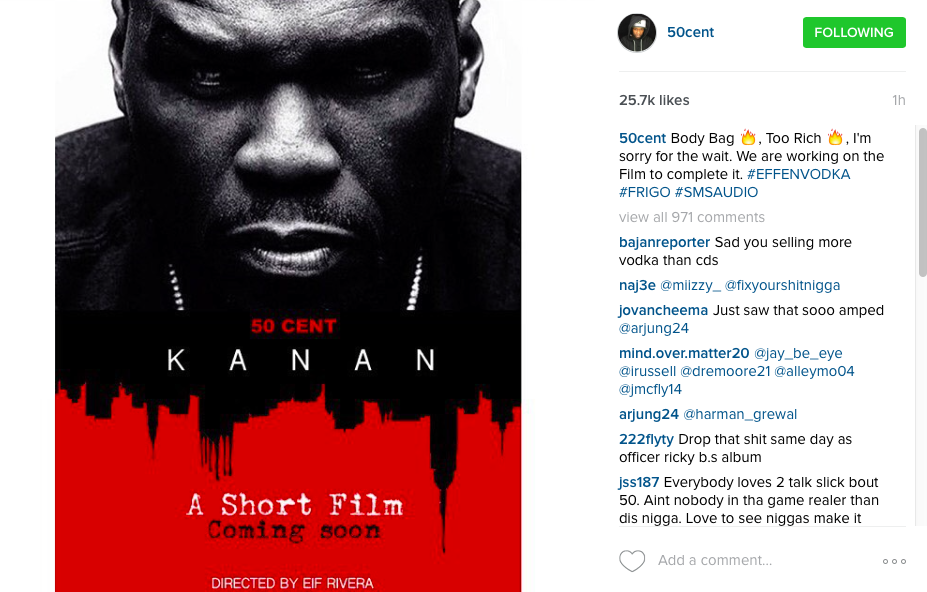 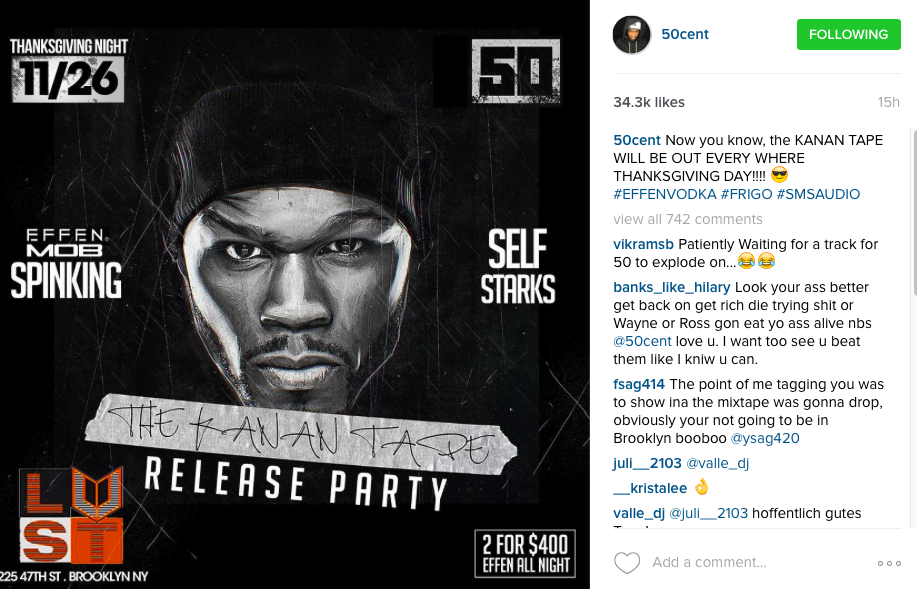