50 Cent Clowns TF Out Of Joe Budden/Migos Beef: “Young Boys Was Getting Ready To Get On Ya Head Joe”

G-Unit leader 50 Cent is a savage. The hip-hop veteran has weighed-in on last Sunday’s BET Awards confrontation between Migos and Joe Budden.

Fif went to Instagram Wednesday (June 28) to clown Joey about nearly getting knuckled up by the Atlanta trio. 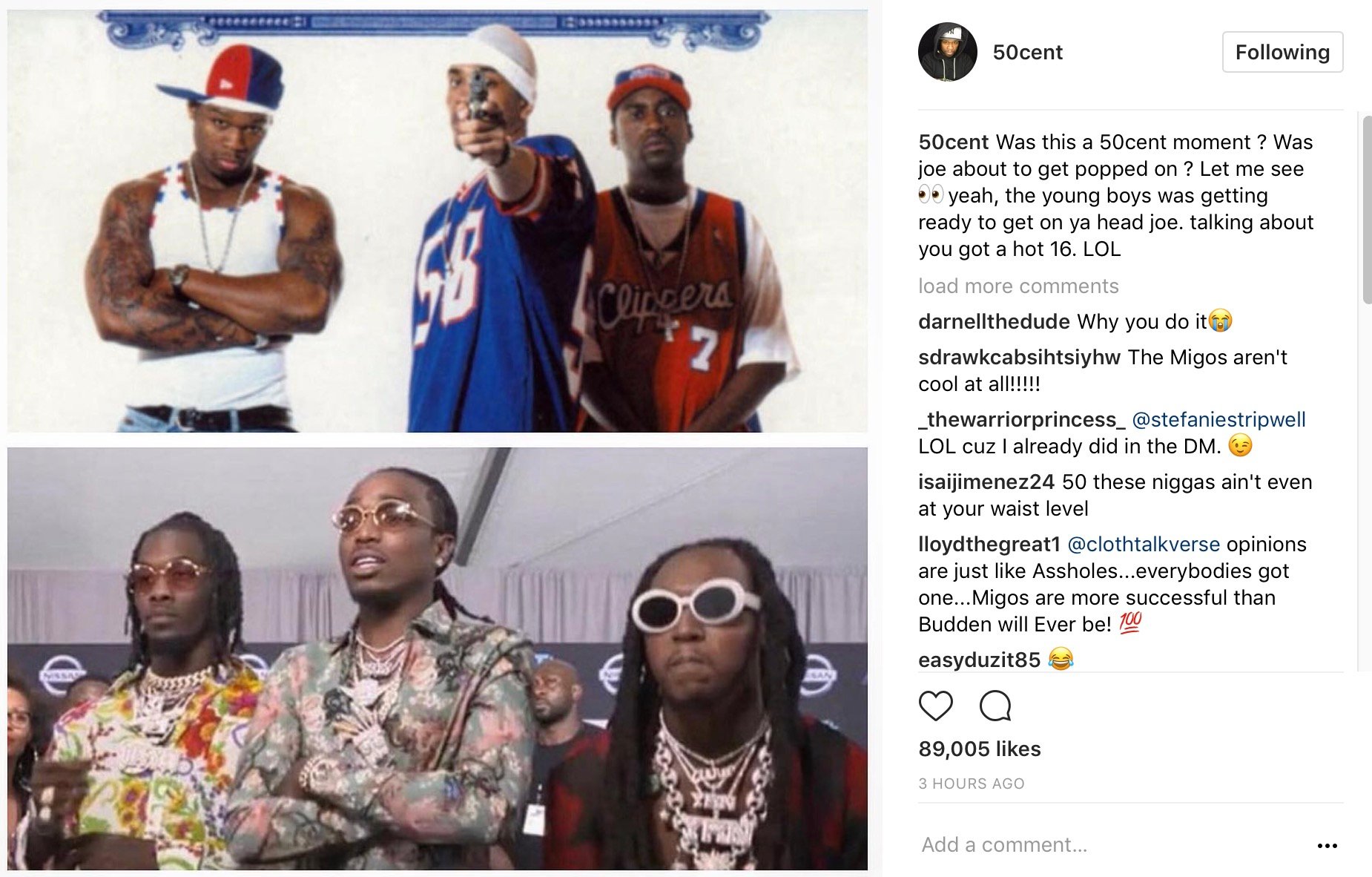 The run-in started when DJ Akademiks brought up the subject of Takeoff not having a verse on Migos’s biggest hit, “Bad And Boujee.” He described this as a “running joke,” to which Takeoff replied: “You said I’m left off ‘Bad and Boujee?’ Does it look like I’m left off ‘Bad and Boujee?’” Co-host Joe Budden then raised the stakes by saying “Alright, we gotta wrap this up though” before dropping his mic and walking away before the end of the conversation. (The FADER)

Things went left when Migos was doing an interview for Everyday Struggle 😳 pic.twitter.com/1gpCj5vXJR

Budden has since come forward to speak on the situation’s aftermath.

“I’m not saying it wasn’t wrong my behavior. I’m not saying it wasn’t disrespectful. It was. I’m telling you that at some point it stops being about knowing right or wrong and it starts to become, “Is it worth it?” It 100 percent is worth it to me to let these little diva n*ggaas know that I don’t give two f*cks about none of this Migos sh*t. None of this sh*t. Y’all sitting here giving n*ggas y’all a** to kiss. I’m not with it. I don’t care about your super stardom. I don’t care about your success. F*ck all ya’ll. Y’all can get up. Y’all do not have to sit here. I didn’t want to talk to y’all anyway.”” (“Everyday Struggle”)