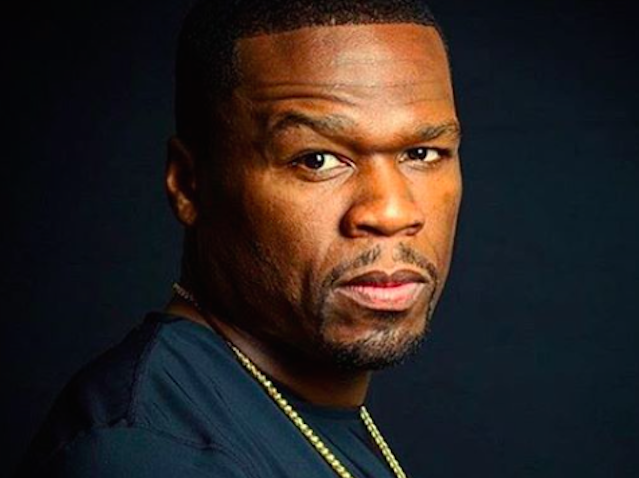 G-Unit boss 50 Cent has stepped up and reacted to Bad Boy Entertainment CEO Diddy dishing on his retirement plans this weekend.

A screenshot of Fif poking fun at Puff Daddy on Instagram surfaced Sunday (May 1). 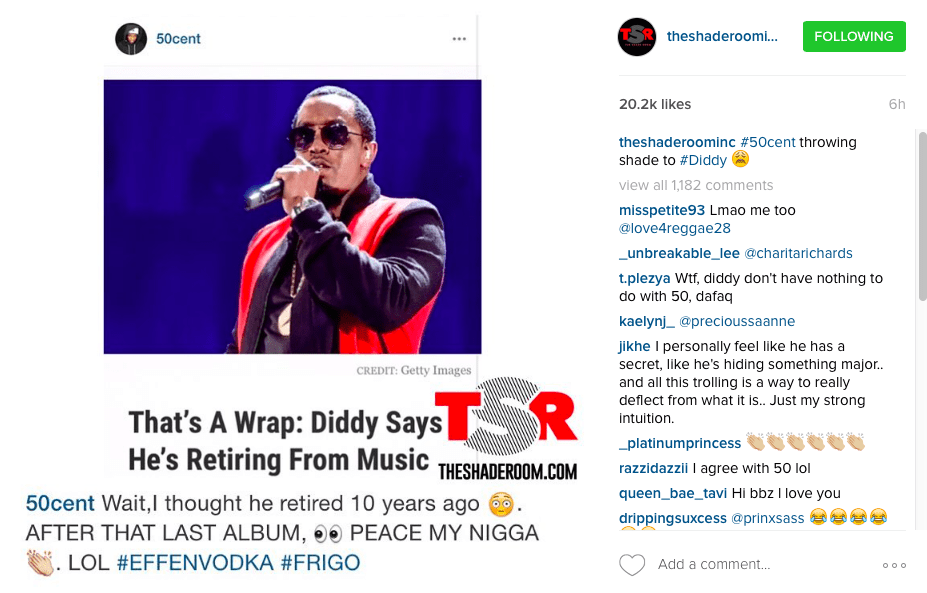 In a new interview, Diddy reveals his plans to call it quits to album-making after he drops No Way Out 2.

Diddy unleashed a flurry of promotional clips promoting No Way Out 2 with rap star Rick Ross and late protégé Notorious B.I.G.‘s vocals together in mid-March.

Back in November, Diddy talked about putting out his MMM album out without a price tag.

“This is free everywhere,” he said, “that’s the beauty about this project for an artist like myself and somebody that’s worked so hard to be successful and understand what’s going on right now and to embrace it and to learn so much.” Combs also announced that his next album, “No Way Out 2,” will be his final album when it is released next year. (TIME)

I had to evolve from ME to WE! Watch #MMM Chapter 2 on @RevoltTV NOW! https://t.co/sIueeVh1Wu #PuffDaddyAndTheFamilyhttps://t.co/2aR77aZQmN