50 Cent Clowns Competition After “Power” Renewal: “Empire Is Some Sh*t You Should Get For Free”

G-Unit head 50 Cent is not shy about talking about the success behind his hit “Power” Starz series and took an ample shot toward rival show “Empire” this week. 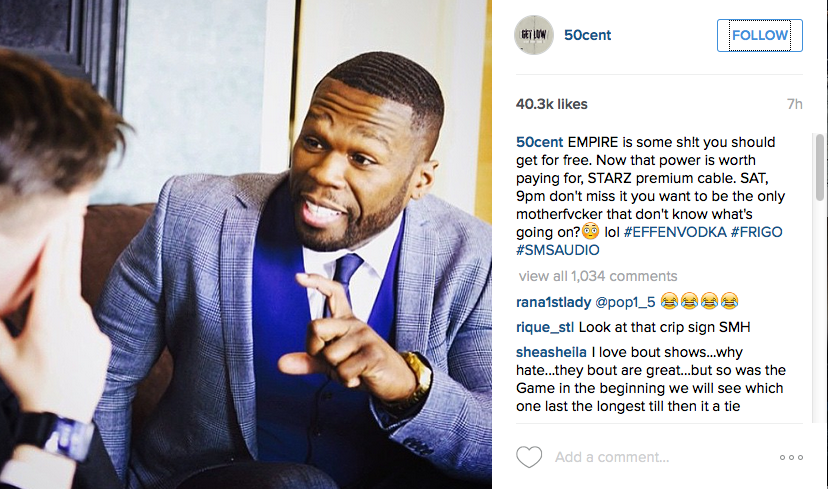 The second season premiere of “Power” logged 1.43 million Live+SD viewers during its Saturday, June 6 at 9PM ET/PT premiere airing, making it the most ever for a STARZ Original series season premiere episode. More than 3.62 million Live+SD viewers watched the episode over the initial weekend, securing “Power’s” second season STARZ premiere weekend as the most watched episode ever for a STARZ Original series. (Press Release)

If your going to see the Cotto fight tonight don't for get to DVR Power. #FRIGO #SMSAUDIO

50 recently talked to SOHH about the show coming back and even made a few bold predictions.