G-Unit‘s 50 Cent is determined to win. The hip-hop heavyweight has gone into work mode following a public rant about his “Power” TV series getting snubbed for a Golden Globes nomination. Following yesterday’s snub, Fif revealed his interest in falling back on “Power” and having longtime pal Floyd Mayweather Jr. join in. 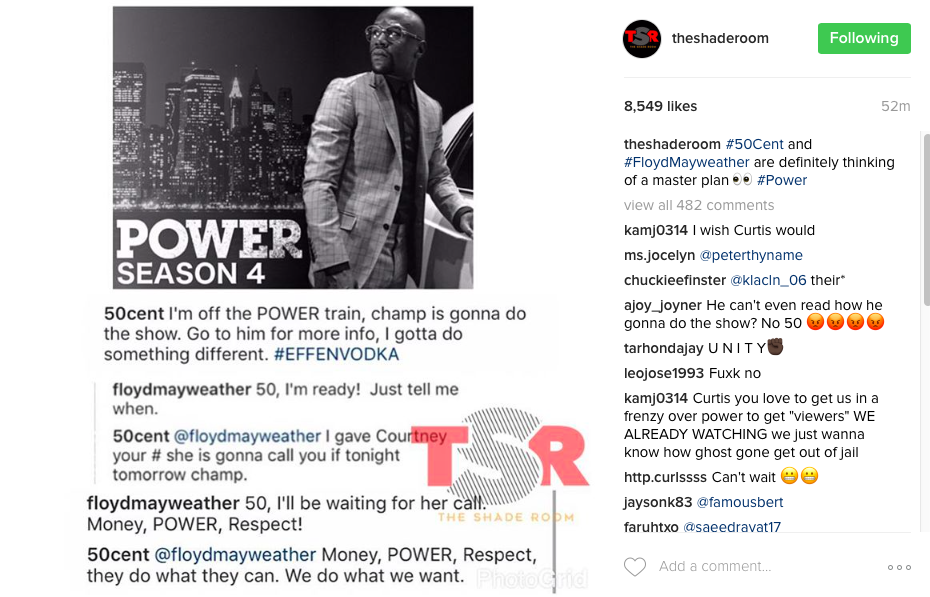 50 initially hinted at the possibility of Mayweather taking over the must-watch series.

Earlier the same day, 50 let loose against the Golden Globes over “Power” not receiving a much-anticipated nomination.