50 Cent Calls Lakers Star “Sucker” After Nick Young/Iggy Azalea Drama: “Get The F*ck Away From Them”

A screenshot of Fif ripping the ousted NBA star on social media has surfaced online. 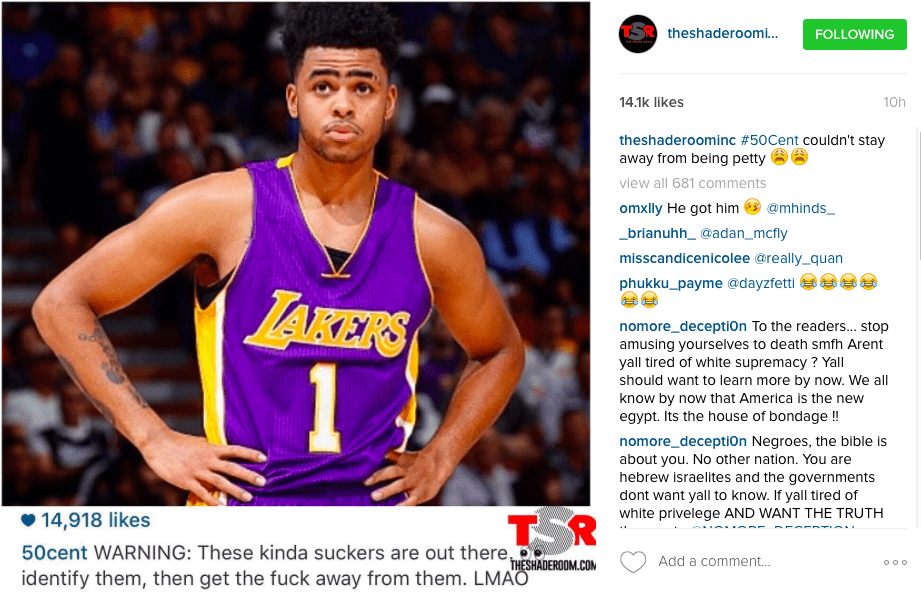 Last week, Nick’s fiancée Iggy Azalea spoke out on a publicized leaked video of Young coming out at the hands of his teammate. Reports claimed Young had not accepted Russell’s apology for leaking a private conversation about cheating with other women last week.