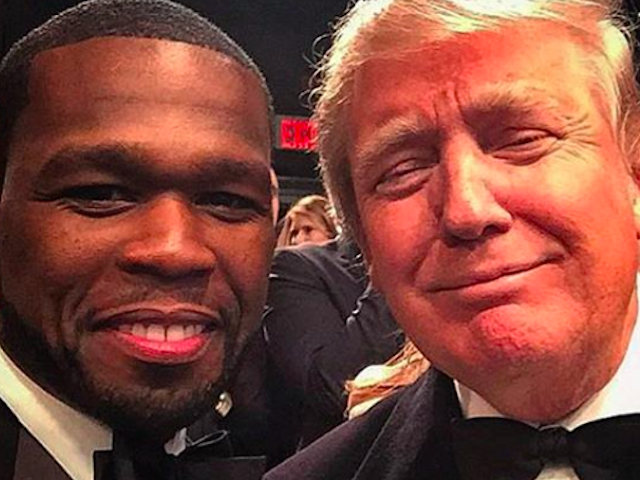 50 Cent Calls Donald Trump His President: “Only In America”

G-Unit boss 50 Cent turned political on his social media this week by encouraging followers to get up and vote this upcoming presidential election. 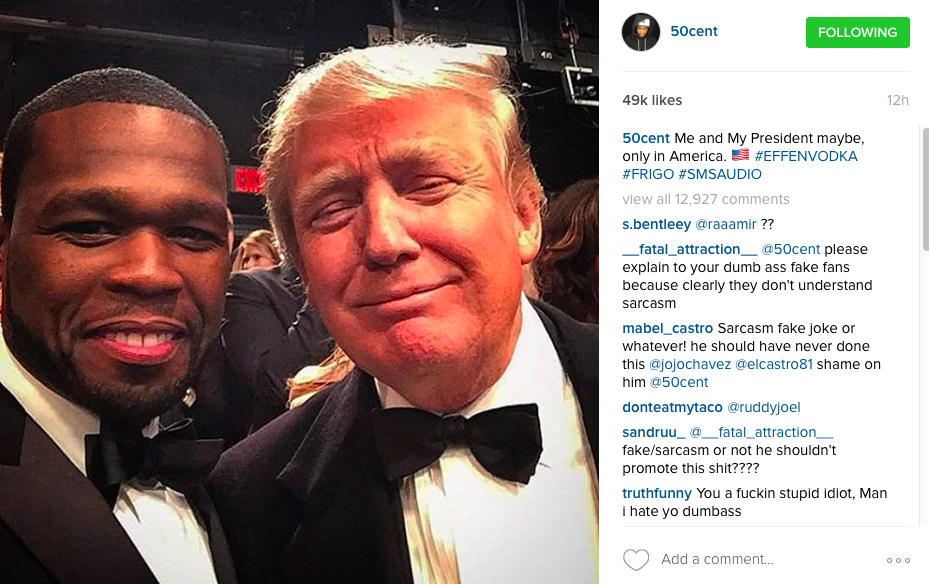 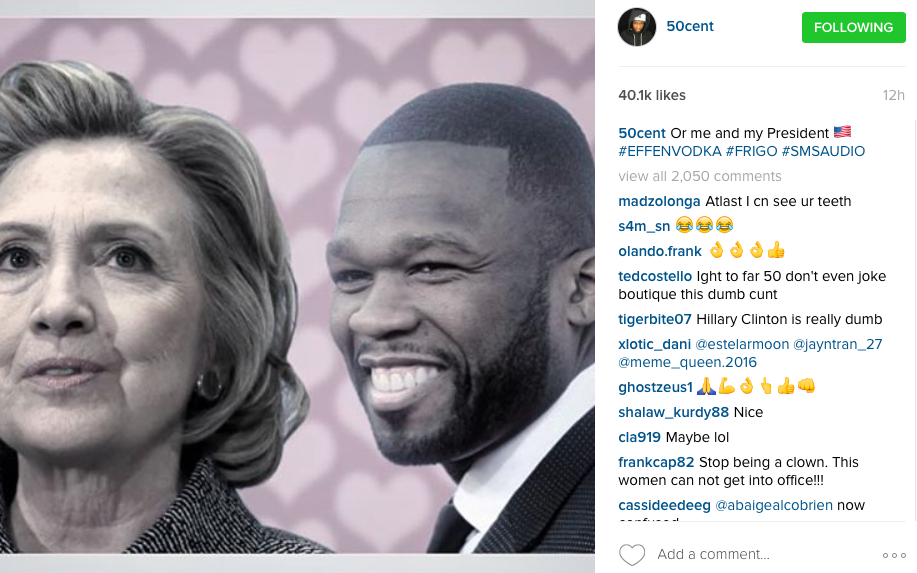 “He makes money from the Internet, YouTube, TV networks. When he came onto my show, he already told, “I came on to your show because my son really likes you guys. He listens to your show. I came up here to hang with you because my son really likes you. I want to be cool with you. But I usually charge a million dollars for an interview.” He was up there for about an hour and he said, “Every five minutes, I’m making money off losing money. So to even be here talking to you, I would have to charge you a million dollars to talk to you because I’m not checking my businesses. I’m not checking my stocks. I’m not checking my investments because I’m here for an hour talking.”” (SOHH)

“He’s trying to kick illegal aliens out. That’s not really an answer to the problem. You can’t really kick human beings out and f*ck them up. He’s a little rude and borderline racist, but at the end of the day, he’s a money man and he knows how to get the money back to us or the government, I hope. You never know with this political sh*t. You may go home and he feeds you some bullsh*t lie. Even if you don’t win, he’s already made his money back. Who cares? He’s more popular than ever, worldwide. I went to Dubai and Pakistan and all they’re talking about is Donald Trump.” (SOHH)

50 Cent recently talked about Donald running for the presidency.

“I don’t know [who I’m voting for]. I think it’s scary that Donald Trump’s in the lead. That idea Kanye came up with for going for president, I don’t know. He ain’t got no criminal background. He’s actually following the messaging points – I think the edge Trump has is people know that he’s not financially [in need]. He’s not going to have to owe people for supporting him during the campaign. He already won. If he didn’t intend on actually being president, what has running for president has done for Donald Trump, sure, we’ll go buy the book. I’ll have it. They’ll buy the book. Everything they would have bought from the president, from Donald Trump. It all works. If he loses in front of you, look how far [he went].” (Shade 45 StreetzIzWatchin)