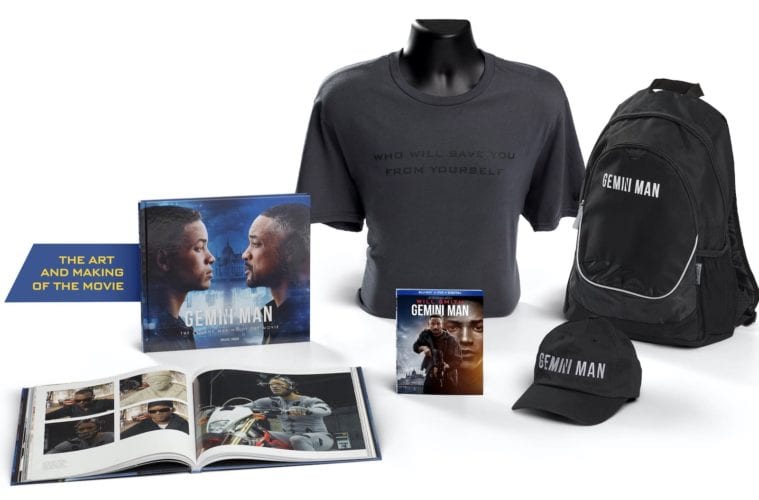 Hollywood superstar Will Smith’s Gemini Man is finally hitting retail stores across the nation today and in celebration of the must-see action-packed thrill ride, SOHH/getFRUSH spoke to technical supervisor Ben Gervais about the top five reasons this is a must-own Digital HD/Blu-ray release.

The alternate opening was something we spent a little while working on. The reason that scene was cut was because it introduces Will Smith’s ‘Junior’ character and we like we wanted to save the surprise for a little later in the movie. Also, it didn’t really drive the story ahead in the way we hoped it would. The old Henry character’s actions in that scene actually drives what happens later in the movie but the person Junior assassinates in the beginning of that scene has no connection to the rest of the movie. Visually, it’s a pretty intriguing opening. That’s the reason why we shot it in the first place. Not everything you love always makes it into a movie.

I think it’s important for people to see filmmaking is a process and that’s what things like deleted scenes let you do. Filmmakers, they make mistakes and try different things and also put a lot of work into the movies. That’s why you see those thousands of names at the end of the movie credits. It’s important to show all of the work done in a big production like this. The bonus content on here shows you how much work goes into this. For myself, I was involved for two and a half years to make what amounts to about two hours of entertainment. It gives you a peek into that world.

The motorcycle sequence took months of planning. We had to do testing, we had to have cameras made that would fit and be small enough to fit onto a motorcycle. We actually had an old race track in Savannah that we practiced on and used for a lot of stunts before we headed out to Colombia. It really pays off so we could do the big, long 45-second shot. It gives you a completely totally different action sequence from what you’ve seen in any other movie.

Fundamentally, Ang Lee is focused on showing people more than action. As much as this is an action movie, there’s also all of the drama and tension between Junior and Clive Owen’s Clay Varris character and Henry and Junior. Those sorts of human interactions are really what makes Ang want to make movies. It’s so important because if you don’t get into the characters in a movie, you don’t care about the action. You want the stakes to be high. They are high if you really believe in the characters and can relate to them. That’s what Ang brings to the table. He brings this human sensibility to it and intimacy that is very different than a Michael Bay or that type of film genre.

Making a fully digital CGI person is pretty much the holy grail of visual effects. For the most part, in this film, we really pulled it off. It’s not de-aging, it’s completely CGI. This character is driven by Will Smith’s performance but is in hundreds of shots in the film. It is a main character and that’s a huge milestone. The most important thing is after you’ve seen the first few shots, you forget that it’s a CGI character and it’s just an actor playing a role in a movie which is the really amazing part to it.

Ben Gervais is a freelance technical supervisor, specializing in bringing new technologies to current motion picture processes.  His most recent projects involve developing 120 fps production technology and post workflows for Ang Lee’s “Gemini Man” and “Billy Lynn’s Long Halftime Walk”. He was the first to use the Arri Alexa in 3D (on Hugo for Martin Scorsese), as well as the first to use the Alexa M in 3D (on The Young and Prodigious T.S. Spivet for Jean-Pierre Jeunet). Some of his other credits include X-Men: Days of Future Past, Crimson Peak, and Pacific Rim.  Ben is a member of SMPTE, as well as an associate member of the ASC.