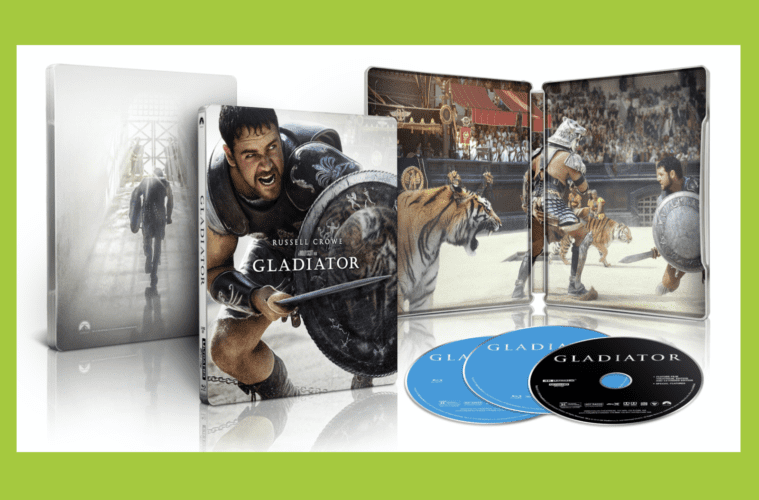 5 Reasons You Should Buy: Gladiator Limited Edition 4K Blu-ray – “Ridley Scott’s One Of The Best Directors In The World”

Today, check out the film’s producer Doug Wick dish out the top five reasons this is a must-own right now and enter to win your own Digital HD copy!

Watch the work of Ridley Scott—one of the best directors in the world—on the movie he was born to make.  From his first feature, The Duellists, which captured a specific form of combat, to the exceptional world creation of Blade Runner, Ridley demonstrated his unique vision and abilities, which he combined to recreate the epic gladiatorial battles of the Roman arena.   Only a filmmaker of his extraordinary talent could have executed this blend of drama and violence and spirituality.  Try and imagine the afterlife in any other hands.

Take a trip to 180 AD where you will be transported, entertained and informed.  Masterful filmmaking, career-defining performances, compelling themes, and a hero you care deeply about—Gladiator has it all.

Gladiator is an ancient story that remains incredibly relevant.   Corrupt politicians, a culture that tries to distract from more serious issues through increasingly visceral and interactive entertainment, and the occasional explosions of righteousness and decency.

It seems every decade or so a star is born.  It’s the combination of a talented actor and a career defining role.   Russell Crowe makes Gladiator and Gladiator made Russell Crowe.

Watch Oliver Reed, a great English actor, giving a triumphant performance as Proximo, the head of a Gladiatorial school.  Had he not died unexpectedly near the end of production, this performance would have reignited and redefined his career.  We had yet to shoot Proximo’s redemption when Oliver passed, and it was only because of Ridley’s skill as a director that we were able to repurpose close ups of Oliver from earlier scenes and create a sequence where Proximo frees Maximus from prison.

Enter to win your own Digital HD copy!