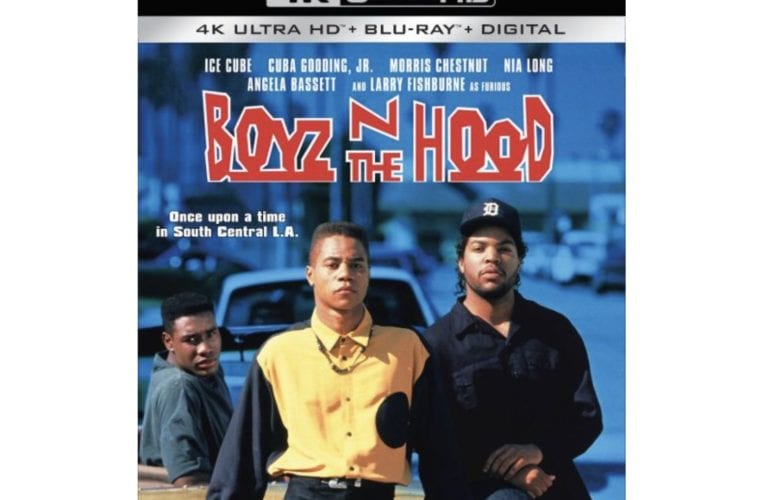 The weather remains cold outside and there’s no stopping any inevitable Valentine’s Day celebration packed with expectations of chocolate, flowers and the perfect gift. Fortunately, the newly released Boyz N The Hood 4K Ultra HD, Blu-ray and Digital HD release has finally arrived. Today, check out the top five reasons this is a must-own for your movie stash.

There are some movies you just have to call classics – no matter the box office sales or Oscars. Boyz N The Hood is one of the biggest cult classics of the 90’s. More than 20 years since its release, the film still goes down as a raw look at society in South Central Los Angeles and puts together a mixture of strong emotions, unforgettable dialogue and a shocking ending people still talk about today. To make things better this is finally available in stunning 4K Ultra HD quality giving you the best possible clarity.

The cast is jam-packed with iconic and legendary actors. From Ice Cube, Cuba Gooding Jr. and Morris Chestnut to Laurence Fishburne, Angela Bassett and Nia Long, there are too many names to mention. Strong, influential and game-changing black excellence acting from start to finish in stunning 4K makes this a no-brainer. Then you add amazing supporting cast members like Regina King and Tyra Ferrell make you realize the rarity of having so many amazing talents all on the same screen.

Numbers never lie and with this movie being such a legendary film in the early 90’s, the 96 percent Rotten Tomatoes certified fresh rating proves it’s held up over time and is a work of art. The look at urban America really raised eyebrows and inspired even more films but none to this magnitude.

If you’re a fan of having great bonus content, this collector’s item comes with tons of amazing perks. There’s a behind the scenes featurette to get you up-close with the cast, a making of segment, audition tapes of Ice Cube, Angela Bassett, Morris Chestnut and Tyra Ferrell. There are also music video additions including “Growin’ Up In The Hood” and Tevin Campbell’s “Just Ask Me To” in the Blu-ray bonus features section.

The fifth reason this is a must-own is because it pays ample respect to John Singleton’s legacy. The game-changing writer/director received Academy Award nominations for Best Director and Best Writing and also became the first African American nominated in the Best Director category. To pay proper homage, there’s a John Singleton tribute in the 4K Ultra HD section and there’s also a director’s commentary letting you get into the mind of John and really seeing his vision.