Working Wednesday. It’s all about putting in work, work, work so why not get things started with a Tupac Shakur film receiving a production date? Speaking of dates, Kanye West and Kim Kardashian were recently out and looked pretty incredible. With looks still on your mind, how will Foxy Brown look in an upcoming “Empire” episode? All this coming up in SOHH Whatcha Think.

Are you ready for a Tupac biopic? We all remember “Notorious” six years ago, now there’s this upcoming “Straight Outta Compton” and now Tupac’s back? Rolling Stone has the info: 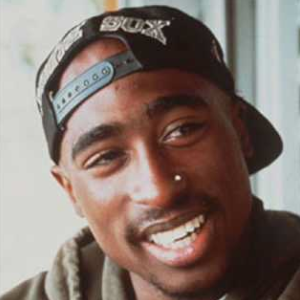 A long-delayed Tupac Shakur biopic will begin shooting in June, according to the film’s producer, Randall Emmett. “The script is great and we’re ready to make the movie,” he recently told Collider. “We’re just prepping the logistics.” (Rolling Stone)

Do you have high expectations? After what happened with the Aaliyah flick, will this have the same fate? #SOHHWhatchaThink?

Kanye West is known for being so elusive, even though he’s married to Kim Kardashian. So whenever you can catch him in public, it’s always exciting. Bossip has the info:

Kim must’ve forgotten to put on her “paparazzi face,” she’s full on grinning while Nori is crying! The reality star and her rapper hubby were sighted over the weekend bringing North to a friend’s party in Brentwood. Looks like her hair has gotten longer. (Bossip)

Is North West the cutest celebrity baby ever? #SOHHWhathcaThink?

Is Foxy Brown’s long-awaited comeback going to be on the TV screen instead of the recording studio? That appears to be the case. The Source has info: Rapper Foxy Brown kicking off 2015 with a bang. Today she announced she will be making an appearance on the new hit show Empire as herself. The show stars actors Terrance Howard and Taraji P. Henson and is directed by Lee Daniels.

She made the announcement on her Instagram account. It has been a while since we last heard from the BK diva and this opportunity will definitely take her career to the next level. (The Source)

Is this confirmation enough? What role will she play in the show? #SOHHWhatchaThink?