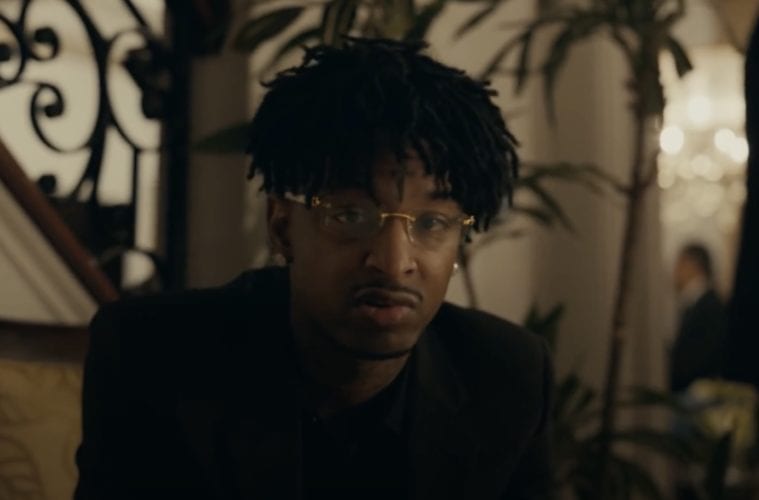 21 Savage’s Grammy Trophy Is All Types Of Motivation In New Shirtless Pic: “Legend On My Side Of Town”

Atlanta rapper 21 Savage is letting people know hard work pays off. The hip-hop star went online this week with his first Instagram post in weeks to show off his 2019 Grammy Award trophy.

On Thursday, 21 relied on his IG page to share the motivational post. The pic features him shirtless but holding onto the Best Rap Song award for his and J. Cole‘s “a lot” banger.

In May 2020, 21 Savage went to his Instagram Story to reveal the delay in putting out new music. He said despite vowing to put in ample hard work, the new music would soon come.

“Savage Mode 2 on the way. You know I gotta perfect my sh*t. This sh*t take time. I be putting a lot of hard work into my sh*t. I ain’t finna drop anything. My sh*t gotta be hard. So it’s gonna take me a little bit longer. We working. I got a lot of other sh*t going on in my life, too, that I gotta balance, make all this sh*t work. But I promise you I’m working. It’s finna drop. I promise, it’s on the way.” -21 Savage’s Instagram Story

21 isn’t putting any attention into the buzz surrounding rapper Tekashi 6ix9ine. The hip-hop star recently fired some direct shots and called out people going into his Instagram Live broadcast bringing up Tek’s name. Instead of name-dropping him, Savage referenced 6ix9ine’s controversial cooperation with law enforcement in a federal drug racketeering case and his label as a snitch.