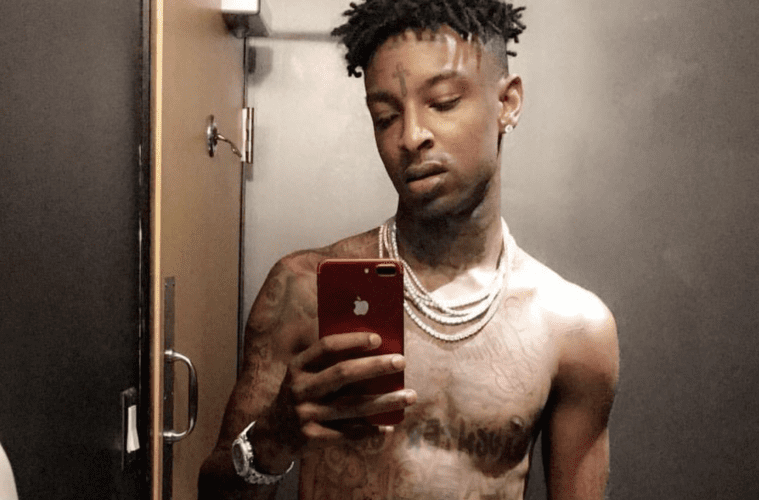 21 Savage Reacts To Walmart Now Doing The Most By Selling His Own Chain Too: “Lil Baby, We Finna Own One”

Atlanta rapper 21 Savage realizes it must be a Georgia thing. The hip-hop heavyweight has reacted to retail giant Walmart trying to make a buck off selling his signature ‘Savage’ chain.

This week, 21 Savage hit up his Instagram Story to single out Walmart for selling his a version of his chain. The rap heavyweight also tagged fellow Atlanta rapper Lil Baby about the disrespect.

This week, Lil Baby reacted to Walmart selling knock-offs of his chains on Twitter and didn’t censor himself. In addition to nearly selling out with only two chains available for purchase, the massive store franchise had them going for under $70 each.