Def Jam rapper 2 Chainz has been around long enough to know life’s way deeper than money, streets and partying. The hip-hop veteran has hit up social media to drop some facts and words of wisdom to his followers.

Hard to impress me nowadays

This week, the Atlanta native stepped forward to address his Twitter page getting hacked.

A few days ago, some since-deleted posts landed on Chainz’s Twitter page with references to longtime pal Drake. 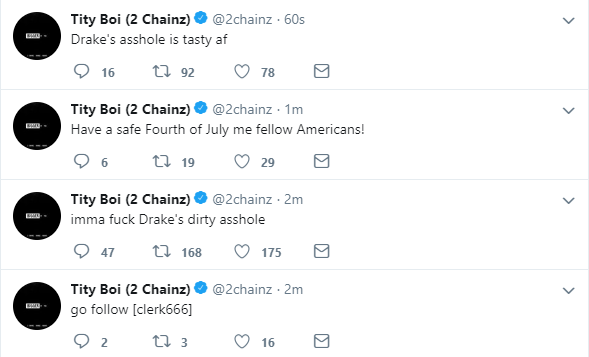 Last month, Chainz released his Drake and Quavo-featured “Bigger Than You” single.