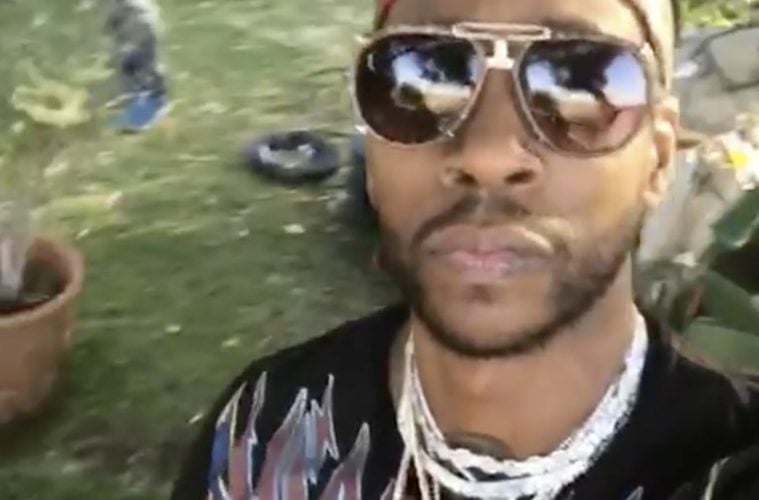 Def Jam’s 2 Chainz dug deep to remember his Trap-A-Velli mixtape. The hip-hop veteran has reflected on putting out a memorable 2009 underground effort.

10 years ago , I invited @Diwangvaldez to my house in Riverdale . (I didn’t and still don’t trust a lot of people so I was skeptical at first anyhow ), he came over for a second time because he shot my first solo mixtape with Gucci shoes hangin out window of my 745Beamer ! Anyway this shoot I put a 100 stacks on plate and took my shirt off , sat my cup down and said SHOOT THIS !!! 💪🏿 I have always had a vision for myself , I came in this game talking fashion and foreigns !!!! Never chased a wave and thank you @biggarankin00 for always believing in me 🙌🏿

Try to act like you ain’t watch duffle bag video? !!! We shot that bih on GOdby RD! I had on Gucci then with the messenger bag and Shawty was rocking the 2 cups !! I remember because he said directors try to make him put cup down in videos and since Chaka shot ours we didn’t care ✊🏿#historylesson

This week, Chainz promised his upcoming Rap Or Go To The League album would dominate the next 12 months.

Initially, the Georgia native aimed to drop the long-awaited LP before 2019.

@yg momma ,my momma and @offsetyrn momma ! You can’t tell me this ain’t hard af!!! #PROUD VIDEO SHOOT !!! #RAPORGOTOTHELEAGUE This will be one of the most genuine albums To drop this year !!! #TRU

With the height of racial tensions across America I felt I should do my part in explaining some of the brain washing formulas used in my community , this album not only touches on those who did succeed thru entertainment but those who didn't ! Welcome to Rap or Go TO THE LEAGUE ! My 5th solo studio album and project that shows continued growth , success , and motivation which is playing a role in the shift of the trap paradigm ✌🏿⛓ #ROGTTL @airsignusa