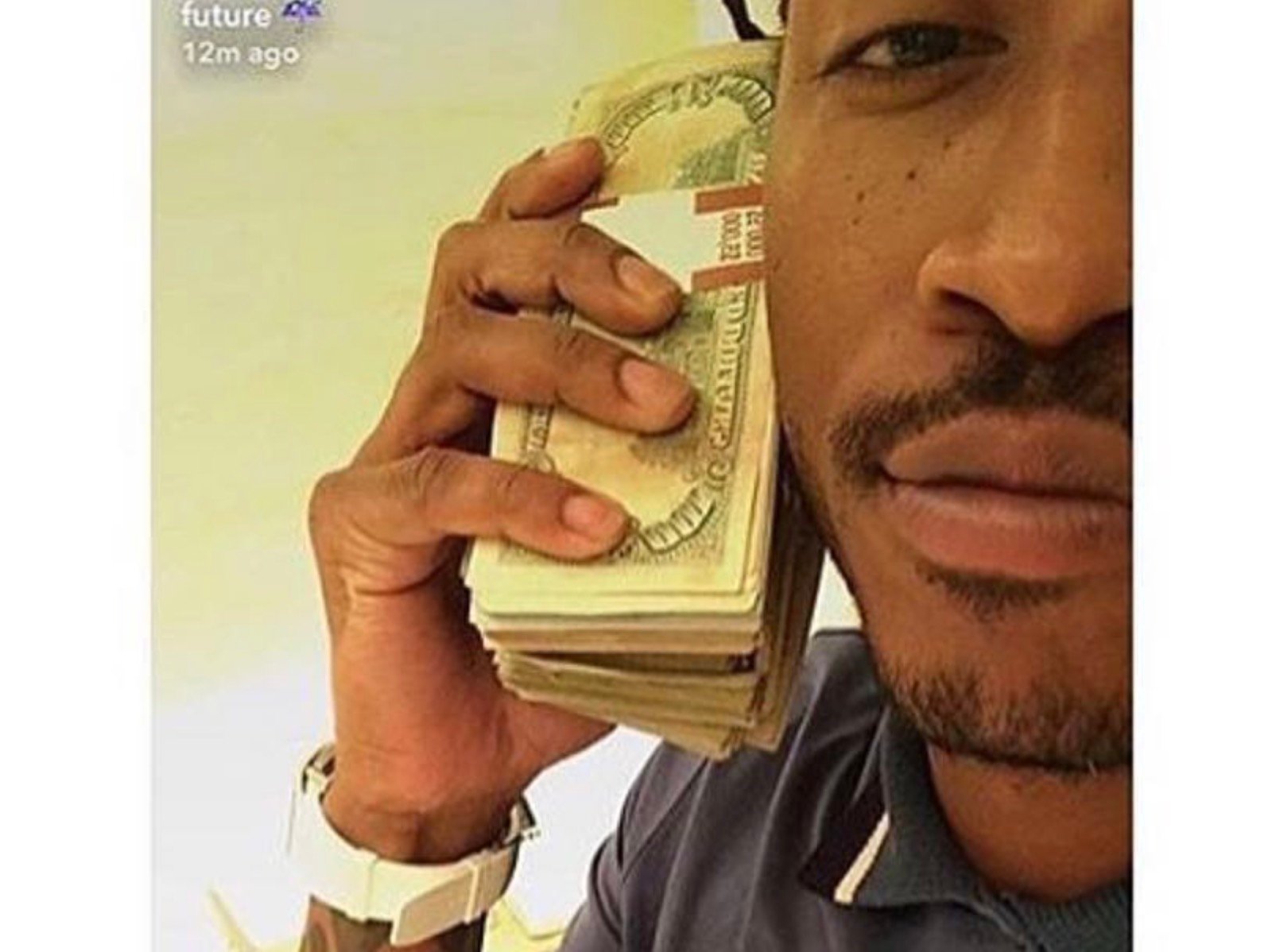 Fresh Friday. It’s a day to feel fresh SOHH why not start things off with Future running out of things to buy with his money? Speaking of rap stars, are you feeling Nicki Minaj‘s new private plane tour? With hip-hop on your mind, did you know about Eminem’s secret brother? All this coming up in SOHH Whatcha Think.

Has Future spent all the money you could imagine on his dream stuff? Is he too wealthy for his own good? Looks like the hitmaker finally went the extra mile to buy something that’s either revolutionary or too forward-moving. Future’s IG has the shot:

Are you digging the look? Is Future balling too hard? Would you don the same attire? #SOHHWhatchaThink?

It’s no secret, Nicki Minaj balls harder than the average hip-hop star. Which means it’s only right she gives fans a sneak peek looking into her private plane lifestyle? Nicki Minaj’s IG has the footage:

Are you impressed? Is Nicki Minaj living the good life? Think you’d want a private plane or is commercial and first class good enough for you? #SOHHWhatchaThink?

3. Will The Real Slim Shady Brother Please Stand Up

When it comes to Eminem’s personal life, everyone knows about his ex-wife Kim, his daughter Hailie and mom. But do we know much or anything about Slim Shady’s secret brother? It looks like he might be down with Shady Records more than anyone ever knew. Short List is on it:

Yep, Eminem has a brother that you didn’t know about. A secret sibling. A camoflauged connection. A recondite relative. You get the idea.

So why is Nathan suddenly in the spotlight? Well, he’s finally appeared on my radar because he’s starring in a new horror film, and they are the only films I watch. The movie, with the snappy title of Devil’s Night: Dawn of the Nain Rouge, surrounds the legend of the Nain Rouge (or Red Dwarf, folklore fans), a tiny little goblin monster who terrorises the streets of Detroit, Michigan (a city you will recognise from ‘Eminem songs’).

Would you support this? Think you’ll be able to tell he’s related to Em? Should we expect more of these types from Em’s bro? #SOHHWhatchaThink?