King Louie Unloads On Near-Death Shooting: “I Was Hit 7 Times, 3 Of The Slugs Are Still W/ Me Today”

Chicago rapper King Louie has finally come forward to fully address his near-death shooting and its aftermath this week.

In a new interview, Louie revealed just how close he came to dying.

They said [the shooter] shot twenty-two times, and I was hit seven times. Three of the slugs are still with me today – two in my chest, one in my head,” Louie said. “I think there’s hope for Chicago. I don’t think I’d be here today if it wasn’t for prayer so I deeply appreciate all the prayers people had made for me, my family, ‘cause they kept me strong and got me through my situation.” (CNN)

Watch King Louie’s interview on the next page…

Louie posted a picture of himself and Minister Farrakhan on Instagram last Thursday (December 24) night. 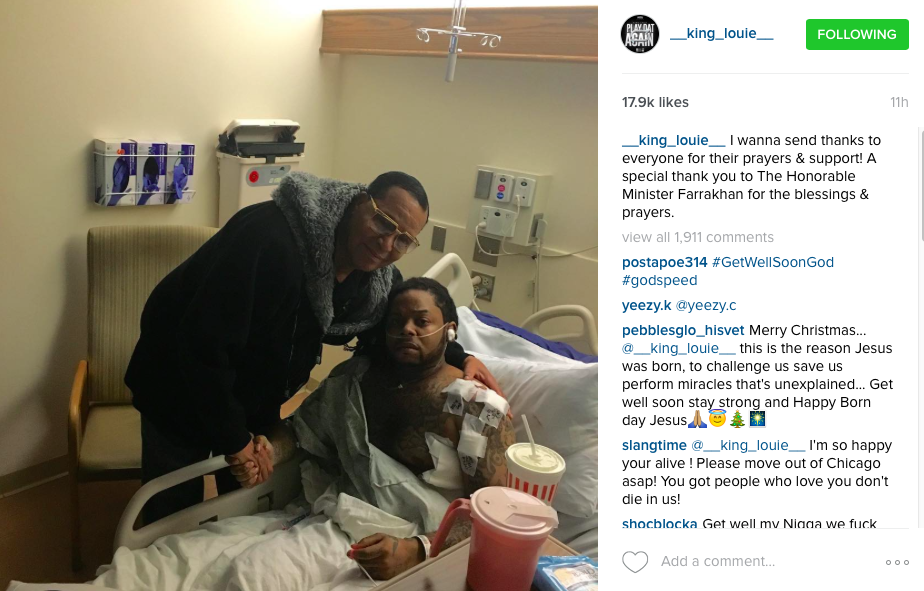 A clip of the car Louie was in when the gunfire took place surfaced across social media last week.